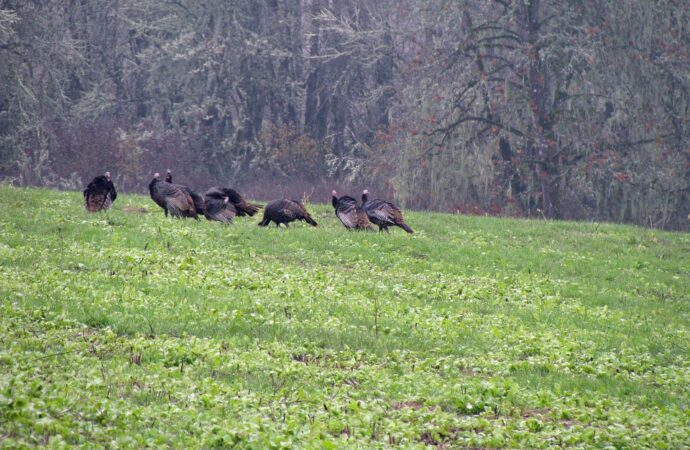 With the right practice and a little luck, you can use locator calls to as a tool to make sure your next turkey hunt is a success.

Spring fever is a real thing. Even Scientific American says so, describing symptoms that range from increased heart rate to restless daydreaming. While doctors and scientists aren’t sure what causes it, most hunters know it has a lot to do with spring turkey season.

Turkey hunting is much like a disease. Warmer weather and the promise of big toms is enough to bring on restless daydreaming. And there’s nothing that gets your heart racing like a gobble thundering through early morning fog.

What is a Shock Gobble? 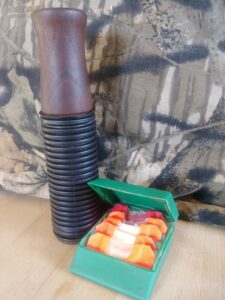 A locator call is a useful addition to your turkey hunting arsenal.

Just like turkey hunters, gobblers are easily excited in the spring. They get so amped up on warm weather and the thought of women that any loud sound will make them send a gobble rumbling through the woods. I’ve known enthusiastic toms to gobble in response to passing trains, early morning thunder, and even the sound of the truck door slamming.

Called a shock gobble, this response is a reflex much like the way your foot jerks when the doctor smacks your knee with that little rubber tomahawk. They just can’t help it. Thankfully for hunters, that pea-size brain offers a gobbler very little impulse control.

Don’t let the turkey’s tiny brain fool you, however. Having been outsmarted by more than a few gobblers, I can assure you what they lack in brain power, they more than make up for with keen hearing and vision. The wild turkey is such a worthy adversary that only about one-third of us who hunt turkeys this spring will actually fill a tag.

A turkey’s senses of sight and hearing are near super power level. You aren’t going to just walk up on a turkey in the woods. Turkey’s see colors more vividly than humans. Their daytime vision is actually three times better than the average hunter. Also, with protruding eyes that allow them to see 270 degrees, a turkey is going to see you long before you see it.

Sneaking in close before daylight and then calling a turkey to you is the better option. One of the greatest advantages a turkey hunter has at his (or her) disposal is a wide selection of locator calls. Though they are often overlooked in favor of more glamorous turkey calls, a locator call can be a serious tool, allowing you to sneak in close enough to formally introduce him to your magnum turkey loads.

Hunters can choose from a variety of locator calls. While some locator calls work better while the birds are still on the roost, others work better after they’ve left the trees. However, both can cause a shock gobble that ultimately leads to an early spring Thanksgiving dinner.

The most common locator call mimics the cry of the barred owl. Although even the largest barred owl isn’t capable of swooping off with a full-grown turkey, these birds are known to regularly pick off young poults. Adult turkeys maintain an innate startle response to these natural predators. Incredibly versatile, barred owl calls work just about anywhere wild turkeys call home.

A loud hooting call can usually spark a shock gobble from a roosting long beard, so these calls are most effective before turkeys pitch down in the morning. You can also use them after birds have gone to roost in the evening, pinpointing a gobbler’s location for the next day’s hunt.

Morning calls tend to elicit a better response. Birds just seem more willing to gobble as they are getting ready for their day. Before a gobbler pitches down, he starts calling hens to him, so he’s already in the mood for gobbling. In the evening, a tom might gobble on his way to roost, but once he’s perched for the night, he can be a bit tight-lipped.

Also, atmospheric conditions are better for calling before daybreak. Just before dawn, the atmospheric ceiling is low because cooler night temperatures create a ground chill. These conditions allow soft owl calls to travel further and reach the ears of more birds, striking gobbles at greater distances.

There are two distinct types of barred owl calls, the tube or barrel style call and the reed style call.

This type is easy to use and a great option for the beginner since it doesn’t take much practice to make an effective call. This style call is set up with a mouthpiece over a hollow tube or barrel. When you blow into the mouthpiece, air is directed over a hole in the side of the call. It works just like flute. Some tube calls have multiple holes that can be covered to change the tone or pitch of the call.

A reed call takes a bit more practice but is well worth the effort. These calls can reproduce many of the barred owl’s vocalizations with amazing detail. The reed call also has a broader volume range. This produces louder calls that can reach deeper into the woods, but also allows for intricate volume variations that more accurately replicate the calls of real birds. With some practice, a hunter can use a reed call to produce everything from soft hoots to loud, high-pitched laughs.

How to Hoot for Wild Turkeys

If we were going to translate a barred owl hoot into English, it would sound something like  “who-cooks-for-you, who-cooks-for-you-all.” It’s okay to extend that “all” at the end for emphasis. Often just vocalizing the first part is enough to get a response. You can even just go with the “you-all,” letting the squall growl at the end. Acceptable variations are as individual as the birds that make these sounds naturally.

Because owl hooting is so much fun, it can be easy to get carried away, but be careful. Hooting once every minute is going to send off alarms in a turkey’s brain, as small as it may be. You just want to startle him enough to make him gobble, not run for the hills in fear. Just hoot and listen.

It can help to have hunting buddy listen from a few steps away. It isn’t uncommon for a turkey to shock gobble before you’re finished with your performance. Don’t take it personally. An extra set of ears can help pinpoint the location of the answering gobbler. After that, all you need to do is hatch a plan for the morning hunt.

The crow call is probably the second most popular locator call for turkey hunters. A crow call is most effective for inspiring shock gobbles after the birds are well off the roost, from late morning to late afternoon. Once afternoon temperatures begin to feel stuffy and the hens start to nest, a crow call is a great way to get a response from an already grouchy long beard.

Though crow calls are incredibly cheap, mastering them can take some practice. While crows are pretty noisy birds and make a variety of vocalizations, you’ll still want to exercise some restraint with these locator calls. Calling too frequently can take the “shock” out of the call, eliminating that gobble reflex.

Box Calls and Other Turkey Calls

Many hunters believe in using hen cutting on a box or diaphragm call to get a gobbler to respond. This can be very effective after the birds have pitched down, and might even be useful if you’ve accidentally busted up a flock. However, using turkey calls to locate a long beard can have major drawbacks. First, you need to prepare for a gobbler to rush in looking for action. If you choose to use clucks and lonesome yelps to locate a bird, make sure to set up first. You don’t want to be caught unprepared.

Using a non-turkey locator call is typically best. If you can get a bird to respond without hen calling, you’ll be in a much better position to get in close without being detected. Save the hen calls to use once you’re in ambush position.

There are other calls that can make a long beard shock gobble, although their effectiveness could depend on your location.

As the wild coyote population spreads across the continental U.S., more turkey populations are becoming familiar with this relentless predator. Once concentrated in the prairie states, coyotes have expanded their territory across most of the continent, stretching coast to coast and as far north as Alaska. Because coyotes can be harsh on wild turkeys, some birds will shock gobble to a howler call. If you hunt an area that has coyotes, this could be an effective locator call.

The best time to use a coyote call is when putting birds to roost, although you can also use them to strike a mid-afternoon gobble. Producing a good call can take some practice, however. Coyote calls can be difficult to use. Also, be aware that coyote howlers are also effective for calling in coyotes. You could end up with an unwelcome visitor while you’re working a gobbler.

The distinctive call of a pileated woodpecker can also stir up a gobble from a quiet tom. Inexpensive and easy to use, the high-pitch carries a long way through thick woods. Though not all gobblers will respond to the cackle of these common woodpeckers, sometimes one of these calls will get a response when nothing else works. These calls are most effective where pileated woodpeckers are common, particularly the southeastern United States.

Not every turkey hunter uses a locator call, some even scoff at the idea. It really depends on personal preferences and what works for the birds in your area. However, these calls are fun to use and can be a handy tool for preseason scouting, as well as helping you key in on a quiet, hard-to-locate gobbler.