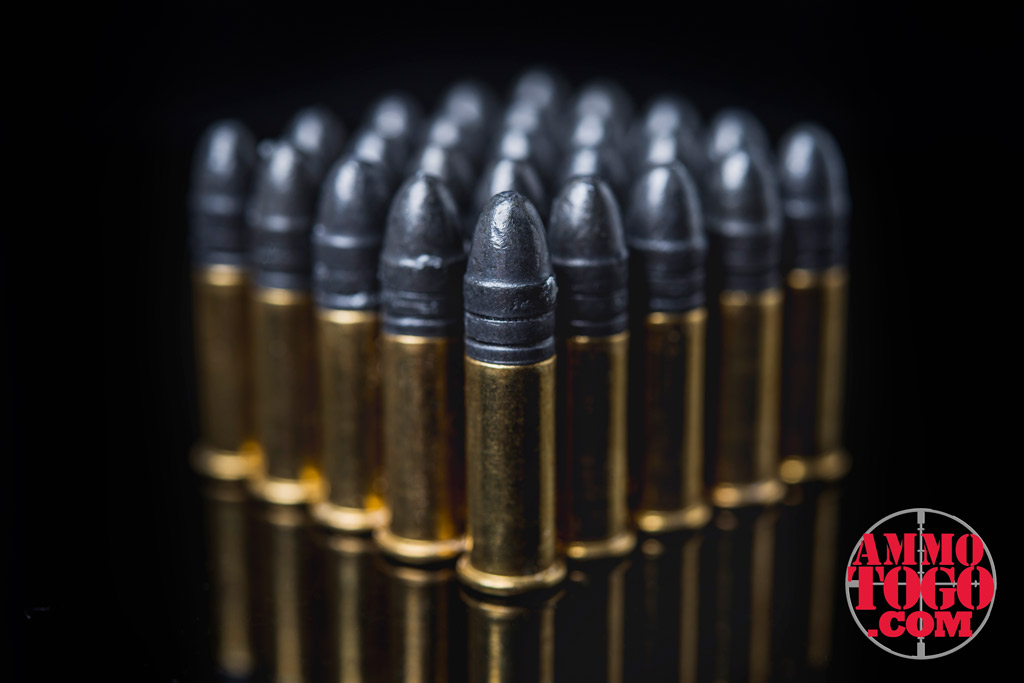 If you’re searching for affordable rounds, it’s hard to match the price of lead round nose bullets. But before you make a purchase, be sure to understand when, and when not, to use this popular ammunition choice.

Your Guide to Lead Round Nose Bullets

What is a Lead Round Nose Bullet?

The lead round nose is likely the most simple of all the available bullet types. This bullet is made entirely of lead. There’s no copper or hard-metal jacket of any type (like you’d expect from a full metal jacket bullet). The nose is rounded, resembling a half sphere. It doesn’t have any hollow points, pockets, or sharp edges whatsoever.

Lead round noses are easily distinguished from other bullet types. LRN bullets are completely dark grey with a rounded nose. (No copper color or colored tip, and no points at the front.) For many people, they are the basic image pictured when they hear the word “bullet.”

Lead round noses are also the most historic of all bullet types. Manufacturers loaded the first cartridges produced with “balls” that more or less resembled the modern lead round nose. While we’ve made innovations through history, the lead round nose still has a place in modern firearms.

Specific performance will vary from product to product, and will also depend on the firearm you are using, but you’ll generally find similar performance characteristics among all lead round nose ammunition. You can break down performance into three areas:

2.) External (from the gun to the target)

3.) Terminal (performance once the bullet strikes).

Internally, the lead round nose generally falls short of other rounds, especially jacketed rounds. Because of the softer lead metal, it can jam more easily. It will also leave more powder particles in the barrel than most jacketed bullets. This is called “fouling”. However, jacketed hollow points may jam more than LRN because of the recession on the tip.

For external ballistics, however, lead round noses usually perform just as well as any other bullet.

Most shooters discover little difference between a lead round nose bullet and a comparable full metal jacket or ballistic-tip bullet. However, flight performance compared to hollow points can be better, as the round nose often creates superior aerodynamics compared to the cupped tip of a JHP. The concern with lead round nose bullets is that over time, lead fouling can reduce external ballistics and downrange accuracy, but this can be avoided through proper cleaning.

Lead round nose bullets also have balanced performance for terminal ballistics. Although the soft metal will expand, LRN bullets usually keep their basic shape better than hollow-point ammunition, driving deeper penetration. This means that lead round nose ammunition often delivers a balance of expansion and penetration, making it ideal for hunting. However, the use of LRN ammo for self defense is still debated, as the low velocities of handguns may not be enough to drive expansion.

Advantages of Lead Round Nose Bullets

The most notable advantage for a lead round nose is the cost. This is the most basic and simple type of bullet, so it’s the easiest and fastest to manufacture. It’s also made from one the most affordable metals. Copper is usually about three-times more expensive than lead, so full metal jackets, jacketed hollow points, and all-copper bullets will come with a higher price tag.

Lead round nose bullets are also versatile and can be used for many purposes. Because of the price tag and general accuracy, they make a great choice for casual target shooting and backyard plinking, especially in .22-caliber cartridges. They can also be used for hunting, as the penetration and expansion is good for dropping game without significant damage to the meat. Interestingly, lead round noses are often used for either small or large game, but not medium-sized animals.

LRN is good for small game, like rabbits and squirrels. The bullets can penetrate and expand without damaging the meat, which is more likely with the rapid expansion of a hollow point. They are also good for large game, like moose or brown bear, because the bullet expands but still penetrates, allowing the projectile to reach the vitals.

Toxicity of Lead Round Nose Bullets

Also, when lead round nose bullets are used, a small amount of lead particles are ejected into the air. This may not be a major concern outdoors, but inside this dust can become concentrated, creating toxic conditions. This is leading many indoor ranges to ban lead-only bullets.

Lead round noses also leave fouling in the barrel, which if left uncleaned will impact accuracy and performance. Any responsible gun owner knows the importance of cleaning their weapon, but heavy fouling still remains a concern.

If you’re looking for an affordable option for high-volume outdoor target shooting, especially for small-caliber rimfire rifles, the lead round nose is a good choice. You’ll have the rounds you need for a full day of plinking without emptying your bank account. You can also use LRN ammo for certain hunting situations, but you must make sure that using lead rounds is legal in that area.