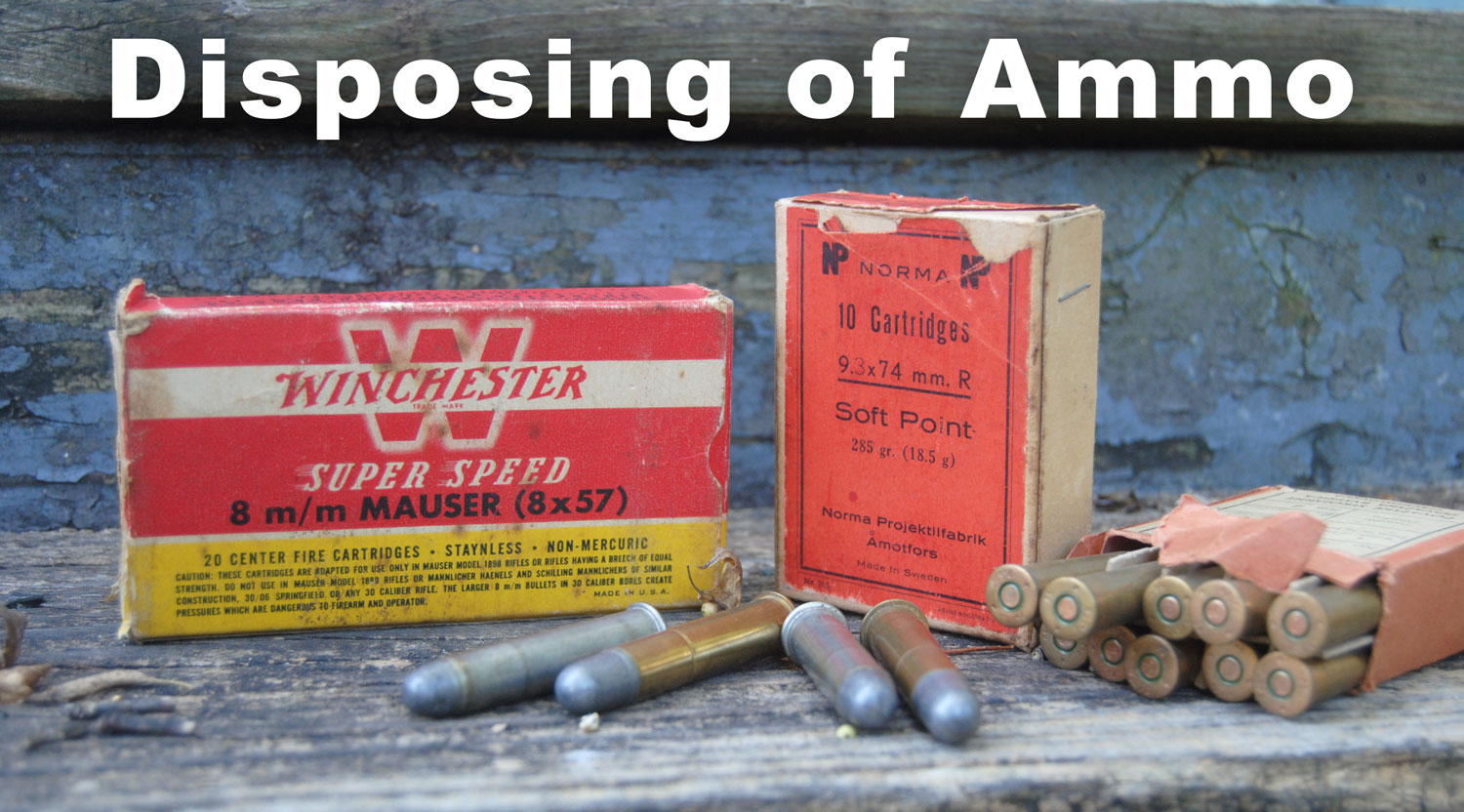 You’ve got options when it comes to getting rid of old or unwanted ammo. This guide shows you a few ways to dispose of ammo safely.

If you are a gun owner, you will eventually come across cartridges you don’t want to risk shooting. Maybe you found an old ammo can full of rounds in the back of your grandfather’s closet. Or maybe you have some old hunting ammo that shows some signs of corrosion. In any case, whether you’re a regular shooter or just like to keep a firearm around the house — odds are good some day you’re going to need to know how to dispose of ammunition.

A quick Google search will turn up tons of recommendations for disposing of bad ammunition. However, not everything you hear on the internet is true, especially when it comes to ammo and firearms. Many of the disposal suggestions you’ll find online are actually dangerous, illegal, or both.

So what are you supposed to do with unwanted ammunition? First you should determine if those old rounds really pose a hazard. If they do, we have a few safe and legal options for ditching those rounds you just don’t want to risk shooting.

What is the Shelf-Life of Ammunition? 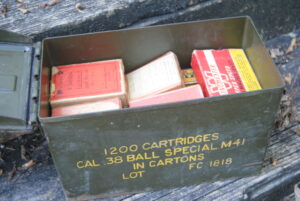 Chances are pretty good that Grandpa’s old ammunition is perfectly fine. When ammunition is stored in a dry place that is safe from wild temperature extremes (like the back of a closet), it should keep for decades. Shooters have unearthed sealed boxes of 50 year-old ammo from surplus ammo cans and fired them with zero complications.

The truth is, no one knows the exact shelf-life for ammunition. This is mostly because there are so many variables that can degrade cartridge integrity, the most common being exposure to moisture, heat, and sunlight.

Most manufacturers claim their ammunition should keep for ten years. This recommendation is pretty conservative when it comes to ammo, but companies want to limit liability and keep customers safe. (They may also want us to buy more ammo, but do we really need an excuse to do that?)

Signs Ammunition is Unsafe to Shoot

If cartridges show any signs of rust or corrosion (especially around the primer), regardless of the date of manufacture, they are not safe to shoot. Corrosion is an indication that moisture has contaminated the round.

However, if you don’t feel safe shooting old rounds, even if there are no signs of corrosion, don’t do it.

Oxidation isn’t the only reason to pitch ammunition. If a round is cracked or dented, it isn’t safe to shoot.

When it comes to hand loaded rounds, you can usually tell when something is “off”.

If the bullet sits at a funny angle or the primer isn’t correctly seated, or the crimp looks wrong, that isn’t a cartridge you want to risk firing.

This is also true for factory rounds. If you come across a cartridge with a bullet that sits too deep in the case, you probably don’t want to shoot it. This is called a “bullet setback.” While relatively rare, these imperfections can be seriously dangerous. Pull any rounds that seem short or unusual, and set them aside.

You never want to gamble with your own safety. If a round doesn’t look right, don’t risk firing it. 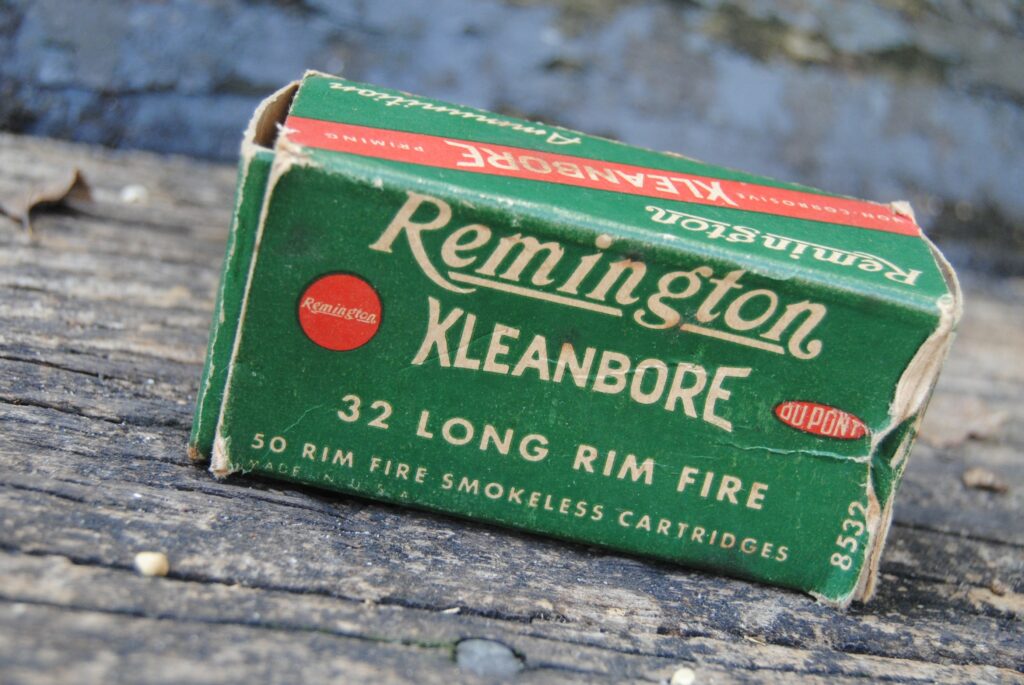 If you don’t feel safe shooting old or damaged ammunition, how are you supposed to get rid of it? Here are the safest options:

The easiest way to get rid of unwanted ammo is to call the police or your local sheriff’s office. Don’t just show up with your misfit rounds, however. Make sure you call ahead first. (Make sure you dial the police station directly. Use 911 only for emergencies!)

If it is a small agency, they may not be equipped for ammo disposal. In this case, someone at the station should point you in the right direction. If you have a large amount of damaged ammo, they might even send someone out to pick it up.

Take it to the Local Gun Range

Many gun ranges will take unwanted rounds off your hands. Many have a special container where you can discard “dud” rounds. Any quality gun range should have a plan for dangerous or discarded rounds, probably involving local law enforcement or a recycling company. Since the gun range already knows what to do with dangerous or discarded ammo, you can probably leave yours with them. However, if you have a ton, you may want to ask before stacking it up on their dud bin.

Even if your old cartridges are corroded, most of the components can still be reused. Hand loaders are pros when it comes to reusing ammo components. If you don’t reload, now might be a good time to consider it as a new hobby.

First, you’ll need to get your hands on a kinetic puller. These inexpensive tools effortlessly disassemble a cartridge.

Once taken apart, the cartridge is no longer dangerous. You can reuse the projectile and the case, although you might need to clean them up a bit.

You can simply toss the gunpowder in your houseplants or your backyard garden. It makes great fertilizer.

You should never just pitch old ammo in the trash can. However, you can call your local waste management department to find out what to do with it. Most will have a special drop-off location or pick-up date for hazardous waste. Many local waste management services don’t accept ammunition on a regular basis, so you may have to hold onto your unwanted rounds until a specific collection event.

Find a Collector or Shooter

While old cartridges might not seem very interesting to you, a collector may consider them the find of a lifetime. If your ammunition has any age to it, and especially if it is still in its original packaging, it may have some historical significance. Whether they work or not, a collector might be willing to take them off your hands. They might even pay you for them.

What NOT to Do

Do Not Bury Old Ammunition 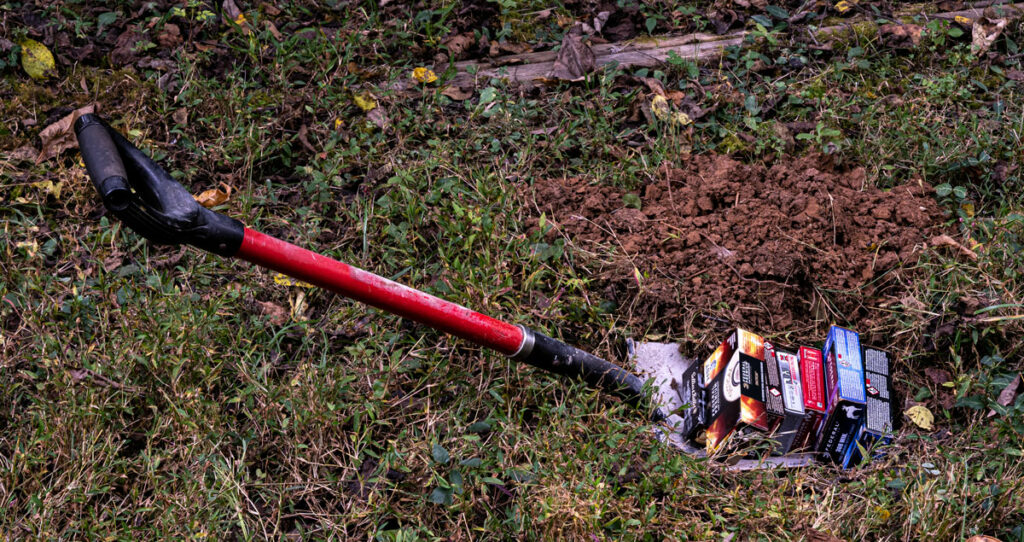 While the gunpowder can make excellent fertilizer, other components can be dangerous for the environment and may even pose a health risk. The biggest risk is lead. The lead found in most bullets can leach into the surrounding soil and into the local water supply. Lead exposure has several adverse health effects, especially for children. 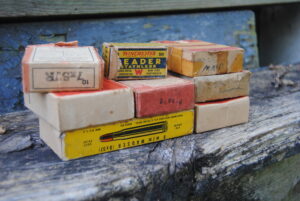 Jumping through the proper disposal methods might seem like a huge hassle, especially if you only have a handful of old rounds. It can be tempting to just toss them out with the morning garbage. However, even though it’s tempting, tossing any ammunition into the trash is incredibly dangerous. Most garbage trucks have a compactor, which could set off ammunition dumped in with the other household garbage and potentially harm equipment or people nearby.

Another common piece of advice recommends soaking old ammunition in water or motor oil for several days before tossing it in the trash. The idea is to ruin the powder and primer, supposedly rendering the cartridge harmless.

While this sounds effective in theory, there are some serious problems with this method. Ammunition can be surprisingly resilient. Even if the water or oil thoroughly penetrates the cartridge and manages to disable it, it may only be temporary. It may only take a few days for the powder and primer to dry out before the cartridge is good as new and just as dangerous.

As gun owners, we want to be sure we act responsibly, especially when it comes to disposing of our unwanted ammunition. Proper discarding of old, damaged, or dangerous rounds is just one more way for us to be good representatives of the shooting sports.