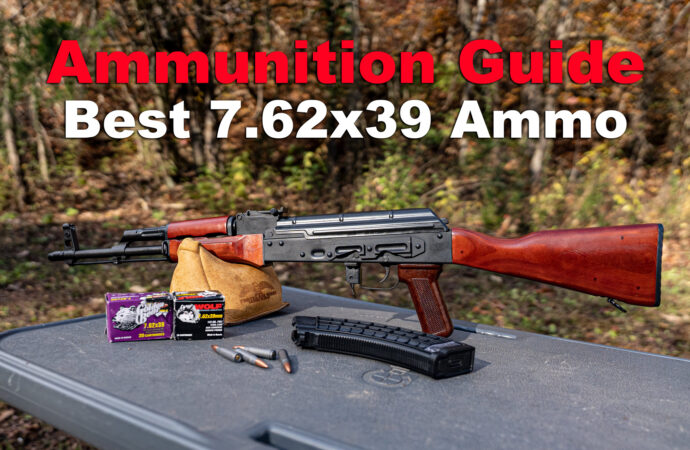 A quick guide to picking the best 7.62x39 ammo for your next shooting trip - whether it's training, self-defense or hunting.

Congratulations, comrade! You have finally embraced only rifle that is actually good: Avtomat Kalashnikova – or, as American pig-dog would call it, “AK-47.” You know AK is best rifle because it has strong walnut stock for doming kulak, action that not even dead of Siberian winter can freeze, and iron sight because rail is decadent.

Now that you have good rifle, all you need is good ammo. But remember, what makes ammo “good” depends on why you are firing glorious AK. Target practice? Hunting? Defense against capitalist? For each application there are several options, so let us go over some of best 7.62×39 ammo. 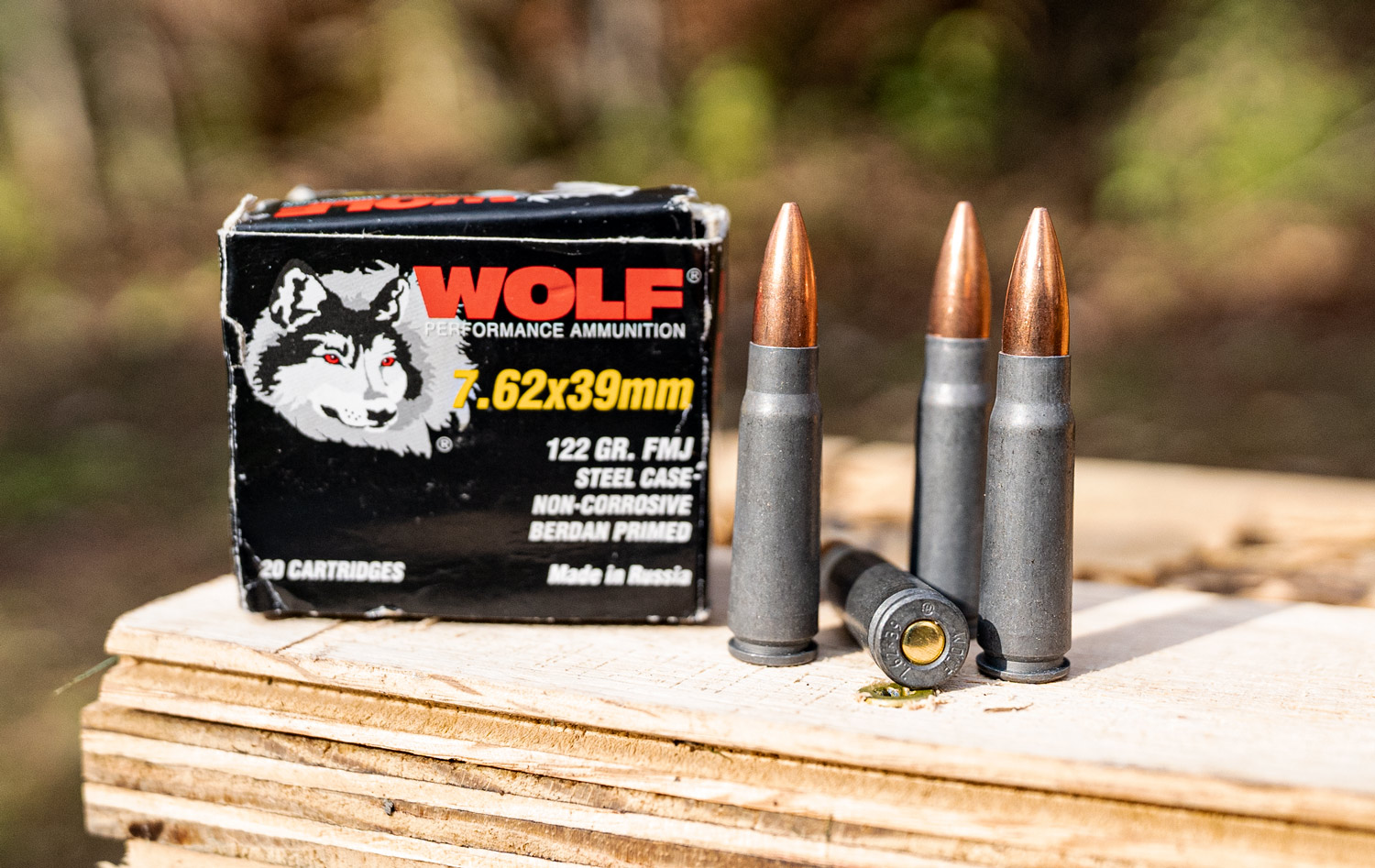 Any AK enthusiast knows all about Russian-made steel cased ammo. Brands like Wolf implement steel casings as a way of eliminating the need for so much valuable brass from their production. The government of Russia also prefers its citizens to have non-reloadable cases. Then, they can keep closer track of how much ammo their population has access to at any given time.

Steel cases have several drawbacks. While they are technically reloadable, it’s just too much trouble to bother. Because steel is so rigid such cases can’t expand to properly seal off the chamber during ignition, which leads to increased fouling of the action. Steel cased ammo usually has magnetic bullets as well, which also contain steel in order to drive down production costs. (You can’t enjoy Wolf ammo everywhere because many indoor ranges don’t permit magnetic bullets.)

Many shooters also notice feeding and extraction problems with ammo like Wolf’s, but AK rifles are something of an exception. They can reliably cycle steel cased ammo all day long! Wolf also coats their cases in heat-resistant polymer which reduces friction for even more reliable cycling. This isn’t match grade stuff by any measure. However, when all you want to do is shoot on a budget, any FMJ ammo by Wolf is poised to take excellent care of your plinking session.

Many shooters assume Prvi Partizan (aka PPU) shares Russia’s affinity for the steel case and magnetic bullet. Their name may sound a little Russian, but they’re actually located in Serbia over 3,000 miles away!

PPU’s 7.62×39 ammo is the next step up from steel cased range fodder. Their nonmagnetic ammo exclusively features reloadable brass cases with copper jacketed lead core bullets. While PPU’s FMJ ammo doesn’t do anything particularly exciting in the terminal ballistics department (i.e. expanding within soft tissue), its reliability and affordable price tag make it a great option for shooters who can’t or would prefer not to run steel through their AK rifles.

Ammo like PPU’s begs a question: While marketed for plinking and range training, would it work for self-defense as well? To this we say absolutely. Although an expanding bullet is generally better suited for quickly neutralizing a threat, this is not to suggest that a quarter ounce of lead and copper flying at over 2,000 feet per second is not going to leave a mark following impact. To that end we’d remind you that any ammo you’d load in an AK for range training could also serve you quite well if your back is ever up against the wall. Heck, Russia’s own army used 7.62×39 FMJ ammo up until relatively recently. Only difference now is that they use 5.45x39 FMJ ammo. 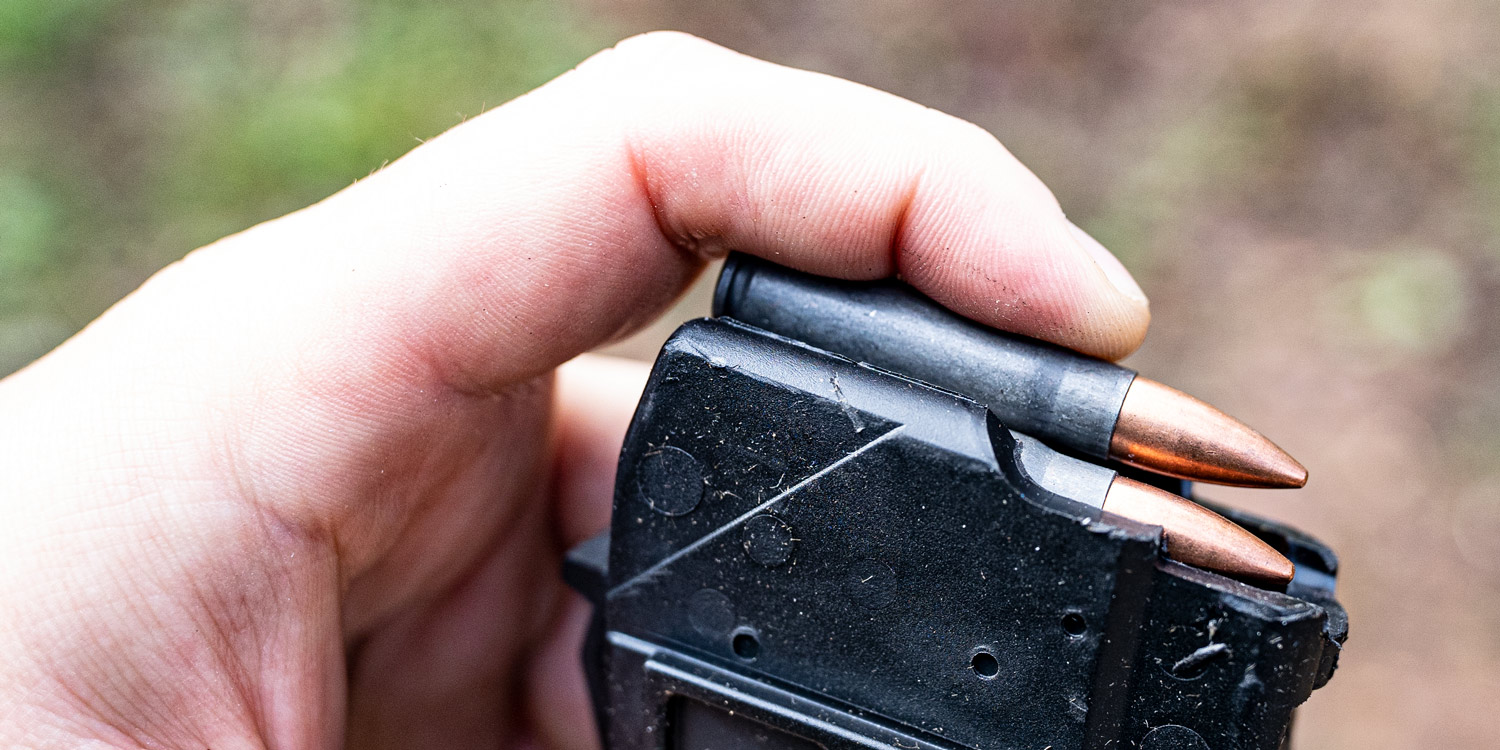 Federal’s Fusion line of ammunition offers a great 7.62×39 cartridge for hunting deer and coyote. This round’s 123 grain bullet is a soft point. It has a partial jacket that exposes the bullet’s pliant lead core at the tip. When the SP bullet meets with resistance from soft tissue it begins smashing inward and spreading outward. This action rapidly disperses its energy while simultaneously punching a wide wound channel into its target.

The Fusion bullet has another trick up its sleeve in the form of its bonded jacket. Because it is electrochemically applied to its lead core it is extremely concentric to promote superior in-flight rotational stability. It is furthermore virtually inseparable from its core, which ensures the bullet remains intact throughout penetration. This helps the bullet retain the momentum it needs to tunnel all the way to a critter’s vital organs.

Federal is based in Minnesota, where they exclusively load brass cases and non-corrosive Boxer primers. Minnesota may not be quite as cold as Russia, but their people still understand what goes into a high quality 7.62×39.

PPU’s deer hunting ammo also offers a soft point bullet of sorts – a pointed soft point. Following impact a PSP performs pretty much identically to an SP. It mushrooms outward and tumbles around to gouge a far wider wound cavity into its target than the bullet’s original diameter could ever account for on its own.

A PSP offers slightly better accuracy than an SP thanks to its sharp, ballistically efficient tip. That point really does help the bullet to retain greater velocity as it flies farther and farther downrange. This not only measurably flattens its accuracy, but furthermore increases how much energy with which it can strike and penetrate its target. That’s a super handy boost to terminal performance for a round that is already on the lower end of the power spectrum for what you’d want to use for deer hunting!

You can use target shooting or hunting ammo for personal protection, but it’s best to have something on hand that is both top shelf and specialized for neutralizing a threat to your personal safety. Winchester’s PDX1 Defender line of ammunition is the American Legend’s crème de la crème when it comes to self-defense with an AK.

This 7.62×39 round features a protected hollow point bullet that is simultaneously designed to promote certain feeding from a magazine as well as the initiation of rapid terminal expansion. The hollow point bullet also has a split core. The front half is designed to instantly splay outward. This delivers instant, shocking energy as it cuts out a wide wound cavity. The rear half is welded to the jacket. This weld promotes more of the weight retention that is so crucial for deep, devastating penetration. As the result the bullet expands to approximately 1.5 times its original diameter as it burrows deeper and deeper into soft tissue. Let’s see an FMJ do that!

This round’s high-tech Super Shock Tip bullet is a favorite among hunters, yet its exceptional accuracy and devastating terminal performance suit it just as well for personal protection. The SST features a ballistically efficient secant ogive profile, drag-reducing boat tail, and intensely concentric jacket that all work hand in hand to promote a flatter trajectory and greater energy delivery downrange.

The SST’s polymer tip also improves its in-flight ballistics, but its more important job begins on impact. It extends downward into a cavity within the bullet’s core, into which it rams throughout penetration to promote massive and breakneck expansion. As the SST expands, its mid-body cannelure and InterLock ring both serve to keep its jacket and core rooted tightly together. This promotes the same kind of aforementioned weight retention that a bullet needs in order to enter deeply into its target.

Have another pick that’s tried and true? We’d love to hear it in the comments below. Safe shooting, Comrade. We’ll see you at the range!