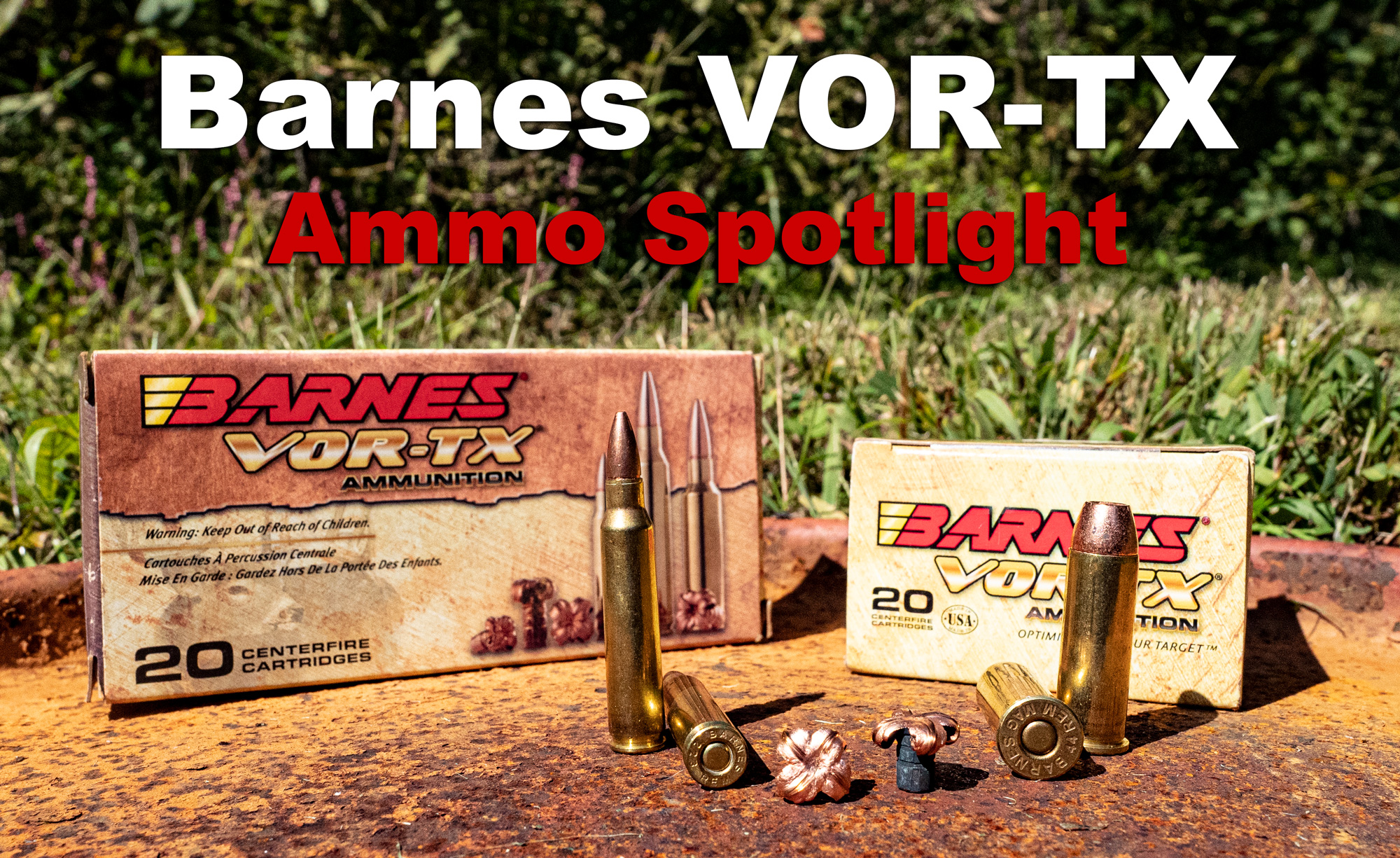 An in-depth look at the Barnes VOR-TX line-up of ammunition. What are these rounds good for and are they something you should consider?

Hunters, especially big-game hunters, need to be highly selective with their ammunition. One of the top choices for experienced outdoor enthusiasts is the VOR-TX line from Barnes Bullets. 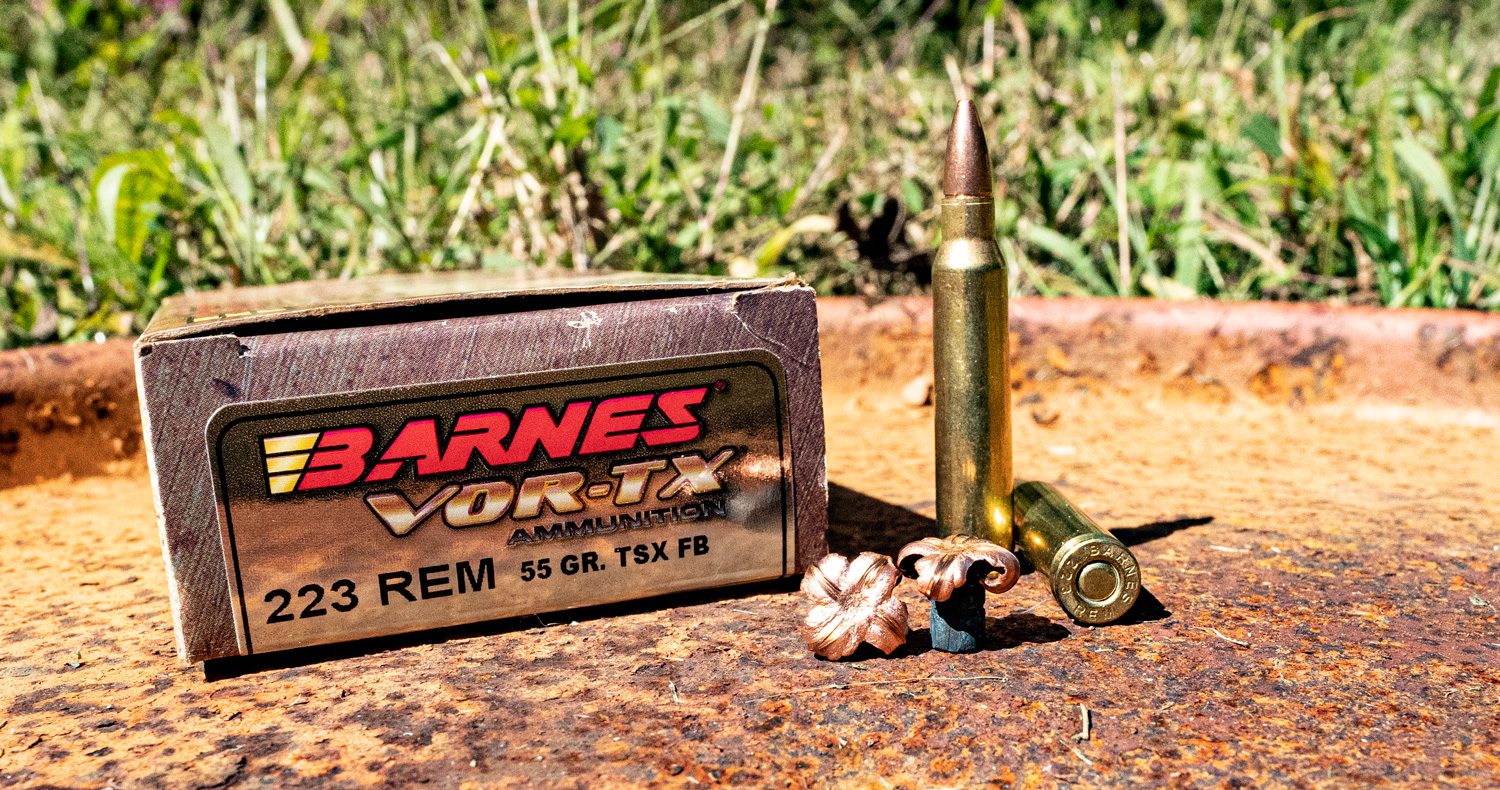 The most important feature in the VOR-TX lineup, the one that Barnes advertises above all else (in many marketing efforts, it’s the only feature described) is the all-copper Triple Shock X bullets, often referred to simply as “X Bullets.”

The X bullet actually predates the VOR-TX ammo line, so to fully understand the importance of these bullets, let’s go back a few decades. In the early 1980’s, Barnes was a well-established company focusing mainly on large-game bullet manufacturing. They did not make loaded ammunition, but provided high-quality bullets that fit the needs for demanding gun owners, especially trophy hunters, such as those pursuing grizzly bear.

Birth of VOR-TX and the ‘X’ Bullet 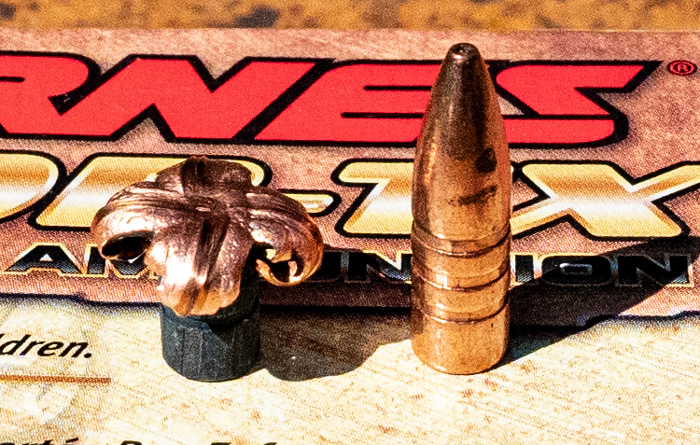 In the 1980’s, when the company was already a half a century old, they released the X Bullet, which gave hunters superior terminal performance at the target. This bullet was a major step forward, but it was met with apprehension because gun owners were simply not used to firing all-copper bullets. (If you went grizzly hunting only once a year, would you risk the success of your hunt and adopt an entirely new design for your bullets?)

Adoption was slow and steady, but the word got out that X Bullets delivered outstanding terminal performance, holding together, driving deep, and expanding to provide maximum wound channels.

Extremely effective for certain, but there remained a problem: only hand loaders (or someone who knows a hand loader) could use these bullets. Barnes was (more or less) exclusively a bullet manufacturer; they created bullets that could be loaded into ammunition. That’s of little use for someone who does not have the time, tools, or commitment for hand loading. (Take our word, hand-loading demands a full supply of all three!)

Barnes, realizing there was a demand for ammunition loaded with their X Bullets, finally released the VOR-TX line of ammo.

This ammunition brand has become one of the most successful and popular options on the market, thanks in large part to the outstanding performance of the X Bullets. This is a precision-focused ammunition line that is loaded with projectiles that are advertised as the “deadliest bullets on the planet.” That sounds a lot like marketing hype (it is, of course), but it’s also not far from the truth; the X Bullet is one of the most effective projectiles for use against game animals.

According to Barnes’ marketing material, the X Bullet gives shooters double the expansion diameter. This means that after striking the target, the bullet will be twice the diameter as before. For example, the .308 Springfield round, with a bullet diameter of .308 inches, under ideal conditions should have a post-shot diameter of .616 inches. (This will vary, as factors like shot placement and speed can impact shot diameter.)

The VOR-TX ammunition line with X Bullets also deliver weight retention. This simply means that the bullet, while changing shape, holds together as one piece and does not fragment. By retaining its bullet weight, penetration and energy delivery is enhanced.

Barnes also advertises the ammo line as highly accurate (just like every manufacturer), but this largely depends on the firearm being used, as well as the skill of the user. It’s hard, therefore, to say that the ammo line is accurate; it would be more appropriate to say the ammo, when used in the right gun by a skilled shooter, can land exactly where you want it.

What Cartridges are Available in the VOR-TX Lineup?

If you already own a rifle for hunting or target shooting, there is a good chance you can find a VOR-TX product that loads into your firearm. The VOR-TX lineup includes:

This is not a comprehensive list; there are many other cartridges available in the VOR-TX lineup.

Speed is Generally High for This Cartridge

Many ammunition lines are advertises as the fastest option available or delivering the highest energies compared to the competion. This is not the case with VOR-TX. With this ammunition line, it’s all about the mechanical design and post-impact performance of the bullet; high speeds and massive energies are not a sales point.

But in general, you will find that speeds and energies are above average for the cartridge; perhaps not the fastest, but near the top. For example, the 55-grain .223 Remington VOR-TX round has a muzzle velocity of 3,240 feet per second, a fast speed for this already-speedy cartridge. The 150-grain .308 Winchester has a muzzle velocity of 2,900, which is near the top for this cartridge.

These speeds are likely due to the highly precise loading specs used for these cartridges. They are designed to mimic the high standards of hand loaded rounds, and they appear to deliver on this promise.

The only real downside to using this ammo is price. These are not bulk rounds you’ll want to use for plinking at the range. Instead, VOR-TX are elite level-rounds that are only used for high-demand hunting situations.

But pricing is not the purpose of these rounds. These are elite cartridges use by demanding gun owners for harvesting large game animals, not for high-volume target shooting at the gun range. (Except for practice and sighting a rifle with the ammo, of course.)
Prices given for example only and do not reflect current prices. See site for official offers and pricing.

Because of the success of the VOR-TX product line, Barnes has created multiple sub-varieties of this ammo, including: