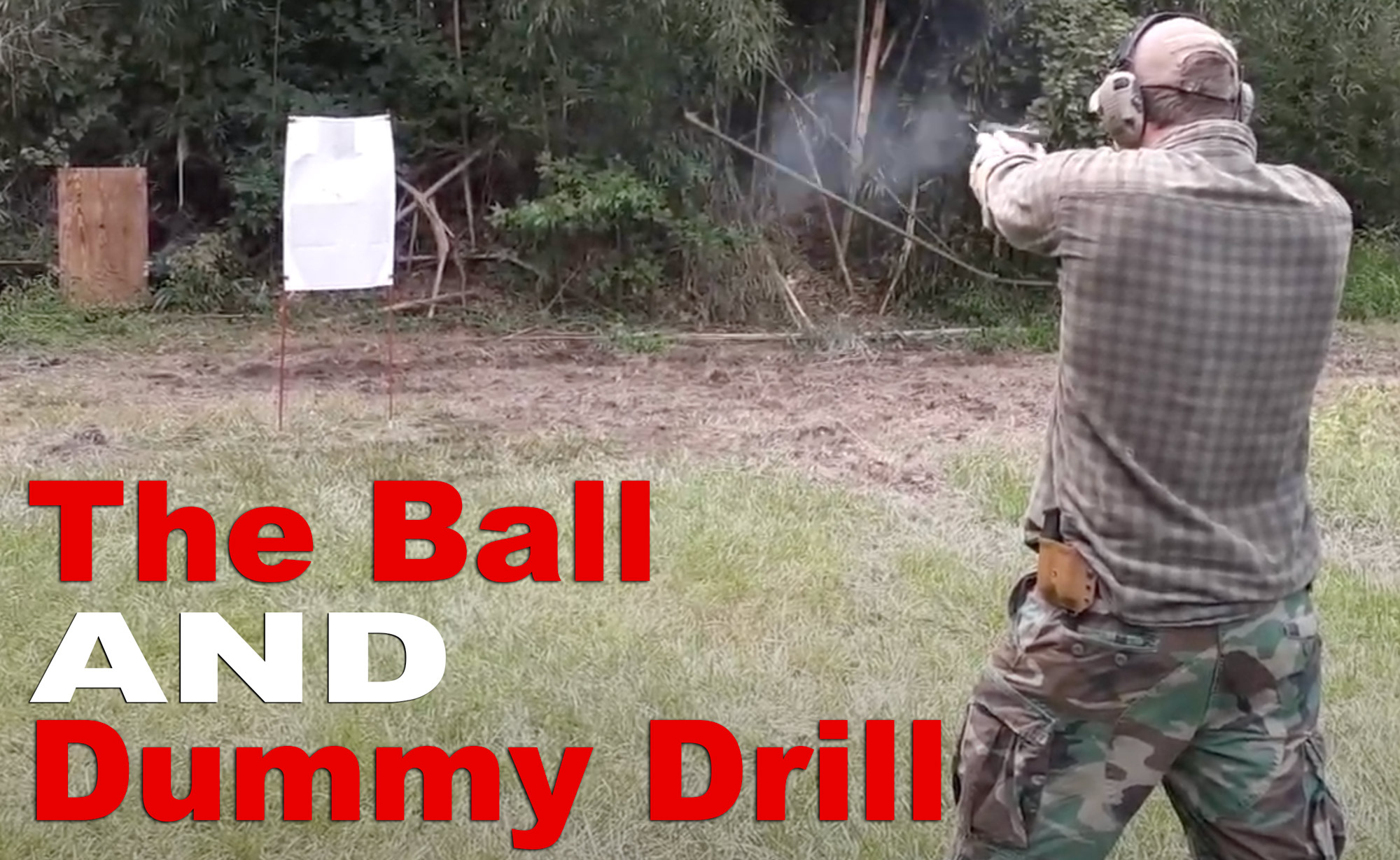 Flinching can have some serious negative effects on our shooting abilities. When you anticipate recoil, you can inadvertently tighten your grip, push the gun forward, break or flip the wrist up or down, or snatch the trigger. Thankfully, the classic Ball and Dummy Drill can help remedy this problem.

When you shoot your handgun, do your shots fall consistently low and to the left? (Or if you’re left-handed, does your lead hit low and right on the target?)

The bad news? You’re probably flinching in anticipation of the gun’s recoil.

The good news? There’s a way to fix it.

Anticipating recoil (or flinching) is a fairly common issue, especially for inexperienced shooters. However, plenty of seasoned shooters struggle with it as well.

Flinching is a subconscious reaction to the noise and recoil we know is coming when we press the trigger. Basically, our brains are flinching in an effort to minimize the danger and discomfort of having an explosion mere inches from our face. Flinching is a classic case of the natural human instinct for self-preservation. While that instinct was a major advantage for prehistoric survival, it is a major weakness on the shooting range.

Because this is a subconscious reaction, it can be difficult to eliminate. However, all is not lost. There is a drill that can help shooters overcome the negative aspects of recoil anticipation.

Why It’s a Problem

Flinching can have some serious negative effects on our shooting abilities. When you anticipate recoil, you can inadvertently tighten your grip, push the gun forward, break or flip the wrist up or down, or snatch the trigger. Although these movements usually cause only a tiny amount of muzzle movement, they can have a major effect on where your lead impacts the target.

The Ball and Dummy Drill

Note: As I mentioned, there are a slew of different ways a shooter can flinch in anticipation of the gun’s recoil. This drill focuses on diagnosing a general flinch, not pinpointing the specific type of flinching.

This drill is an oldie but a goodie. Any time a drill remains popular over decades, you know it works, and that is certainly the case with the Ball and Dummy Drill. This one remains a standard tool in every instructor’s box of tricks. It works wonders for overcoming problems associated with anticipating recoil, especially jerking the trigger.

You will need some snap caps or dummy rounds to do this drill.

Have a shooting partner load your pistol magazine or revolver cylinder with an unknown sequence of live ammunition and dummies. (If you’re shooting a revolver, you can simply leave several chambers empty for this exercise.)

Using a relatively close target (3 to 7 yards is plenty), aim and shoot.

Ideally, you’ll have no idea whether you’re pressing the trigger on a live round or a dummy (This is where having a partner comes in handy). The idea is to treat every press of the trigger as if you are shooting a live round.

When you get to the dummy, your handgun should remain perfectly still through the entire trigger press. If your sights move off target, you’ve flinched or jerked the trigger in anticipation of the recoil that never occurred.

Here is what the Ball and Dummy Drill looks like in practice:

Although you will treat the dummy round in your magazine the same way you would a stoppage, the focus of this drill is not speed.

When using the Ball and Dummy Drill, you want to stay with the shot regardless of whether you encounter a live round or a dummy. Instead of immediately clearing the “malfunction,” stay with the sights for a full second after the striker falls. This will allow you to observe your sights and analyze any movement on the trigger press.

If you have trouble following through with the shot on your dummy rounds, try counting “one, one thousand” between each shot. After you’ve counted, either focus on deliberately firing the next shot, or go ahead and clear the stoppage.

Making the Most of the Ball & Dummy Drill 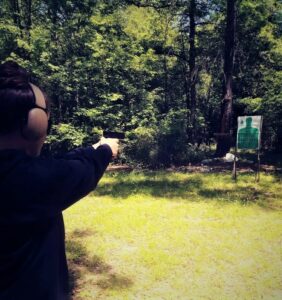 The whole purpose of this drill is to smooth out your trigger press and eliminate the flinch. The result should be more consistent accuracy.

If you do find yourself flinching on the dummy round, don’t panic and don’t feel stupid. Even experienced shooters struggle with the flinch response when shooting from time to time.

If you happen to flinch on one of your ten dry fire rounds, start over and continue until you can achieve ten perfect dry fire “shots” in a row. Then do the Ball and Dummy Drill again.

The Ball and Dummy Drill is NOT a speed drill. It only works when you are shooting slowly, concentrating on a smooth, deliberate trigger press. Accuracy and technique are the goals, not speed.

If you rush through this drill, it’s easy to mistake proper recoil control for anticipation. So don’t be in a hurry.

The Ball and Dummy Drill is the perfect way to merge your dry and live fire practice.

Dry fire is designed to create and strengthen neural pathways in the brain and develop valuable muscle memory. It is easy to perform thousands of dry fire reps and never move a muscle out of time. Then, you get to the gun range and flinch like you’re having a seizure on your first live shot.

This is particularly true if you only practice dry fire drills at home. You’ve successfully set up neural pathways for a smooth, unflinching trigger press. However, your brain (in all its endless wisdom) thinks those pathways are only for dry fire. The minute you’re at the range and handling a firearm with live ammo, your brain pulls out a separate set of pathways it considers appropriate for shooting live rounds. Those pathways probably include jerking the trigger in anticipation of recoil

The Ball and Dummy Drill is a way of mixing it up. By combining live rounds with dummies, you can convince your brain there is only one neural pathway for pressing the trigger, whether the striker makes contact with a primer or not.

Remember, your grip and trigger press should be identical, whether you think you’re pulling the trigger on a dummy round or a live one.

As shooters, we are often our own worst critics. If you’re having trouble, cut yourself some slack, but don’t abandon the drill, either. Rome wasn’t built in a day, and old habits are hard to break. If your brain has laid down neurons that include flinching or jerking when you press the trigger, it’s going to take time and a ton of drilling to break that habit. However, I promise you it is totally worth the effort.

Summing Up the Ball and Dummy Drill

The Ball and Dummy drill is a great way to diagnose and minimize the flinch response. The drill can be a major, soul-crushing wake-up call for new and experienced shooters alike. However, it provides immediate visual feedback on your trigger press. It also helps build muscle memory and reinforce proper technique. If you want to increase your marksmanship skills, this drill is a great place to start.