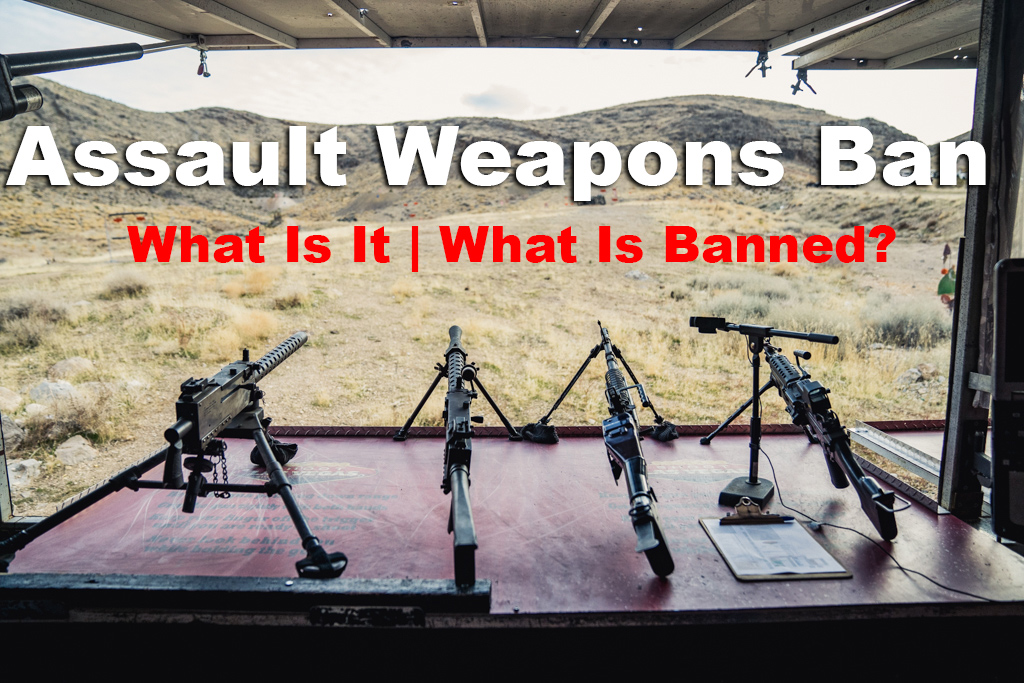 A look at what exactly the assault weapons ban is, what it changed and if it did what supporters thought it would.

No matter where you land in the political spectrum, you have to agree that America has a problem with violence. For some people, the solution (or at least, a part of the solution) would be to bring back a ban on certain rifles deemed “assault weapons.”

Politicians often view access to these rifles as the biggest and most fixable problem. It’s not uncommon to hear calls for a renewed “assault weapons ban” during stump speeches.

But what would a ban on these weapons look like and, for that matter, is it even possible?

To find out, let’s go back to the mid 1990’s and look at the original ban on assault weapons…

To start this discussion, imagine you’re living in 1994.

In American politics, Pres. Clinton signed a bill called the “Violent Crime Control and Law Enforcement Act.” Part of this bill, which became the law of the country, was a subsection called the the “Public Safety and Recreational Firearms Use Protection Act,” also known as the “Federal Assault Weapons Ban.” This subsection included a prohibition on the manufacture of some semi-automatic weapons and large-capacity magazines.

The ban applied to specific weapons manufactured after the bill became law.

What the Assault Weapons Ban Made Illegal 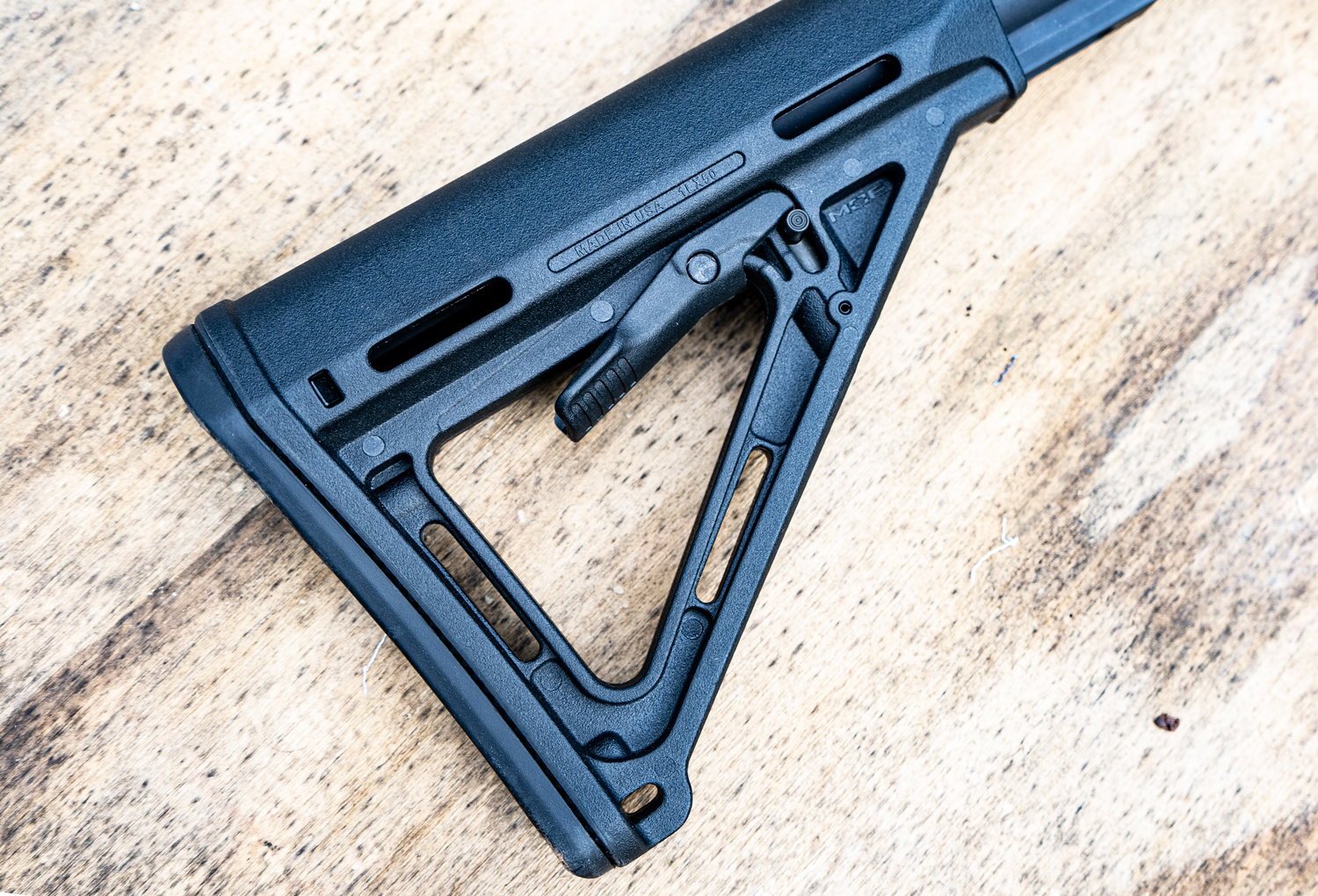 Rather than submit a list of product names, Congress included a list of features that made a firearm illegal and classified as an “assault weapon.” Their intent with this list of features was to prevent manufacturers from simply renaming firearms politicians deemed too dangerous for civilians to own.

The Assault Weapons Ban criminalized the manufacture or import of any new firearm with these features. The law grandfathered-in existing models.

The Assault Weapons Ban went into effect on September 13, 1994. It affected both the crime rate and the American gun owner in many different ways.

It had a built-in expiration date of September 13th, 2004, exactly ten years after it was enacted. There were numerous legal challenges, which based their arguments mainly on constitutional grounds; courts rejected all of them.

The assault weapons ban, or “AWB” remained the law of the land.

What was the Impact of the AWB?

One of the most heated arguments between gun-control advocates and gun-right supporters has to do with the perceived impact of the 1994 law. Did it make a difference? Did it save lives? The short answer: we really have no idea.

Academic types embarked on numerous studies in an attempt to discover the impact of the ban, either positive or negative. These studies have largely been inconclusive. One of the most comprehensive studies was performed by researchers at the University of Pennsylvania.

This review of data found a number of interesting points, and while there was a lot to unpack, overall the study was inconclusive. The study did find a reduction in the use assault weapons in violent crimes. However, it also discovered that any benefits from this reduction were likely outweighed by increases in non-banned weapons. The authors claimed that although criminals used firearms matching their definition of an assault weapon less, gun violence remained relatively unchanged. They noted that there was “no discernible reduction in the lethality and injuriousness of gun violence.”

“No discernible reduction in the lethality and injuriousness of gun violence.” – June 2004 Report Jerry Lee Center of Criminology University of Pennsylvania

An article from Fact Check noted completely opposite assumptions on the impact, assumptions that are clearly driven by political ideology. Fact Check referenced the CEO of the NRA, who has stated the ban had no effect on crime, while also noting that Democratic Senator Dianne Feinstein stated the ban reduced crime. Both sides, of course, would cite their own preferred statistics and research to support these claims.

It seems that most people, at least most people who are not on either end of the political spectrum, admit that there is simply no way of proving whether the ban was a success or a failure.

The Big Question: What is an “Assault Weapon?”

One of the main challenges with passing a ban on any type of weapons comes from the complex definition.

Politicians advocating a ban often refer to AR-style firearms as “weapons of war.” But, knives are weapons of war, as are pistols and shotguns; there is no serious discussion for banning these items from private use. (This is, admittedly, an exaggerated example, but it highlights politicians’ struggle with defining what should be banned.)

So What Is It?

There is, as gun owners know, no technical definition of an assault weapon. Different people have different interpretations. The government already heavily regulates fully automatic weapons; any potential law would have no effect on these items. The AR-style weapons criminals used in many mass shootings are semiautomatic. The numerous .22-caliber rifles we use for plinking and squirrel hunting are semiautomatic too. (Hunters commonly use AR-calibers to hunt hog and deer too.) It’s fairly rare for a politician to propose an outright ban on these.

The 1994 law required a complex tapestry of flow charts and definitions to explain what would still be legal and what would be prohibited. Essentially, it resulted in certain AR-15s and AK-47 rifles being banned, but because a tapestry of definitions was required, there were numerous loopholes.

Is a New Assault-Weapons Ban Possible? 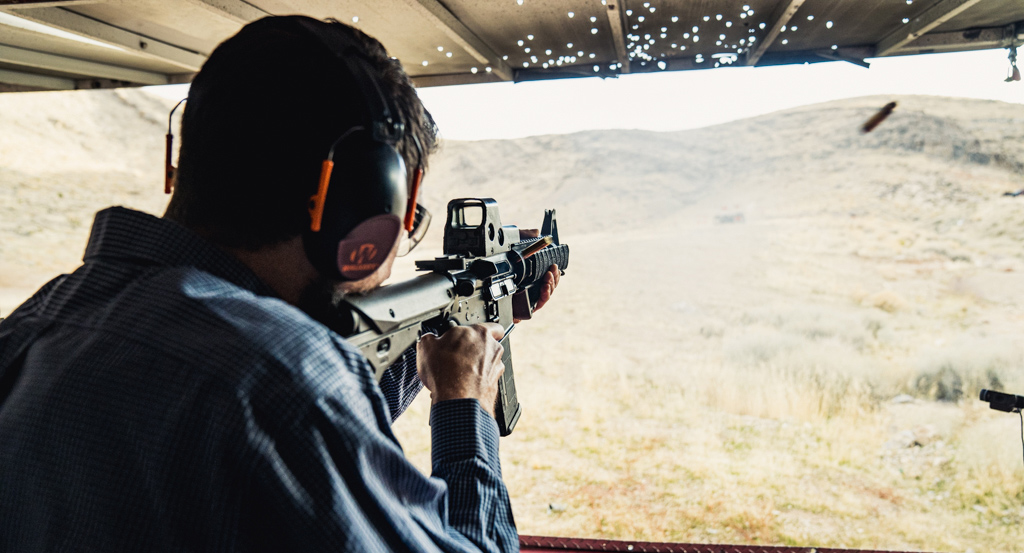 Whether it was a success or not is a matter of debate. But many American citizens, on both sides of the political spectrum, want to know if the chance of a new or similar ban is at all possible.

The truth is, yes it’s definitely possible but it won’t be easy for left-leaning politicians to push through.

How Could It Happen? 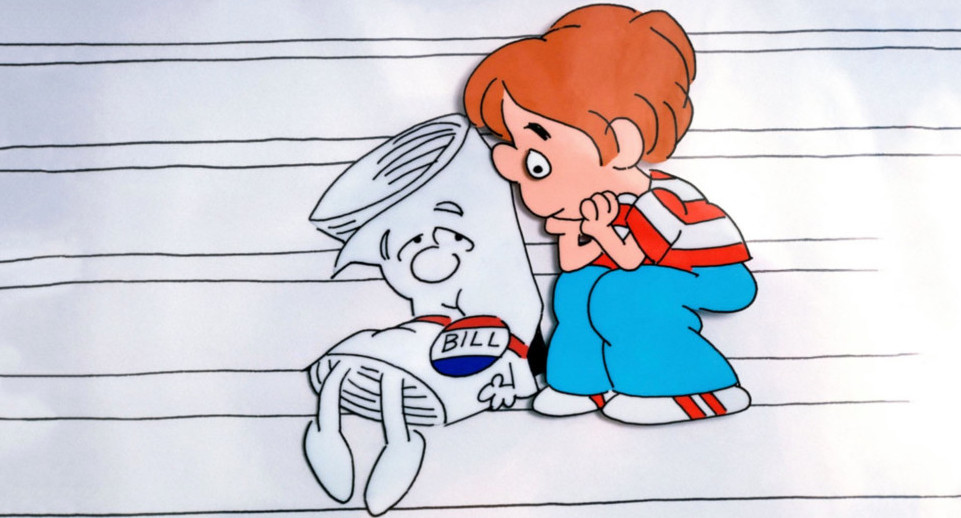 Presidential candidates often make statements suggesting that if they were president, certain weapons would be illegal immediately. But it’s not that simple.

A president, believe it or not, does not actually create laws. It takes a bill from Congress (agreed upon by both the Senate and the House of Representatives, which together make Congress) at the president’s desk. Then you need a president who will actually sign it.

Basically what this means is you would need a majority of pro-gun-control politicians in the House, as well as in the Senate to pass a bill they could send to the president.  The president would then need to sign the bill and pass it into law.

To give you a better understanding of this process, let’s take a look at a different issue: taxes. When Pres. Trump wanted to pass tax overhaul laws, he couldn’t just wave a magic wand and change the tax code. It required two bills, one each from the House and Senate; then they had to combine the separate versions into one which both groups could agree upon. Once that was complete, Congress sent the bill to the president, which he signed into law.

So it’s possible, but it takes more than just electing a pro-gun-control president.

Annually, Senator Diane Feinstein  introduced a renewed version of her 1994 Assault Weapons Ban. Of course, she’s not alone and there are other proposals in the works. For what it’s worth, Feinstein’s bill failed to make it through the Senate, let alone pass the House. And it never came close to the president’s desk where it could be signed (or rejected) by the president.