A side by side comparison of 450 Bushmaster vs 458 SOCOM. How do the calibers compare ballistically and what is each best used for?

If you are looking for a large-caliber cartridge that can be chambered to your AR-style platform, one that can be used to drop large game in a wide variety of settings, two of your best options are the .450 Bushmaster and the .458 SOCOM.

One (the Bushmaster) was made specifically for hunting, while the other (the SOCOM) was designed for tactical and military purposes. Both, however, can be an excellent cartridge for hunting and target-shooting.

When you place both cartridges side-by-side, there are many similarities. They have strikingly similar bullet diameters, neck diameters, and rim diameters. They are also roughly the same length from base to tip. The only significant difference is the case length; the .450 Bushmaster is slightly longer in case length compared to the .458 SOCOM.

This is one of the most significant and important differences between these two cartridges. The .450 Bushmaster can load heavy projectiles, ranging as high as 300 grains; they go even heavier for subsonic cartridges. But .458 SOCOM ammo is loaded with some of the heaviest bullets available, especially for cartridges used in modern sporting rifles. This cartridge can pack rounds with as much as 600 grains, which means it delivers extremely destructive projectiles to the target.

.450 Bushmaster is a “Straight-Wall” Cartridge

We don’t want to go too deep into the straight-wall vs necked discussion, but just know that in some areas you can only hunt with straight-wall rounds. This means, depending on where you live, you may only be able to hunt with the .450 Bushmaster, not the .458 SOCOM. This may determine your choice before you even consider the statistical differences.

For more on straight-wall cartridges, read our profile of the .450 Bushmaster. 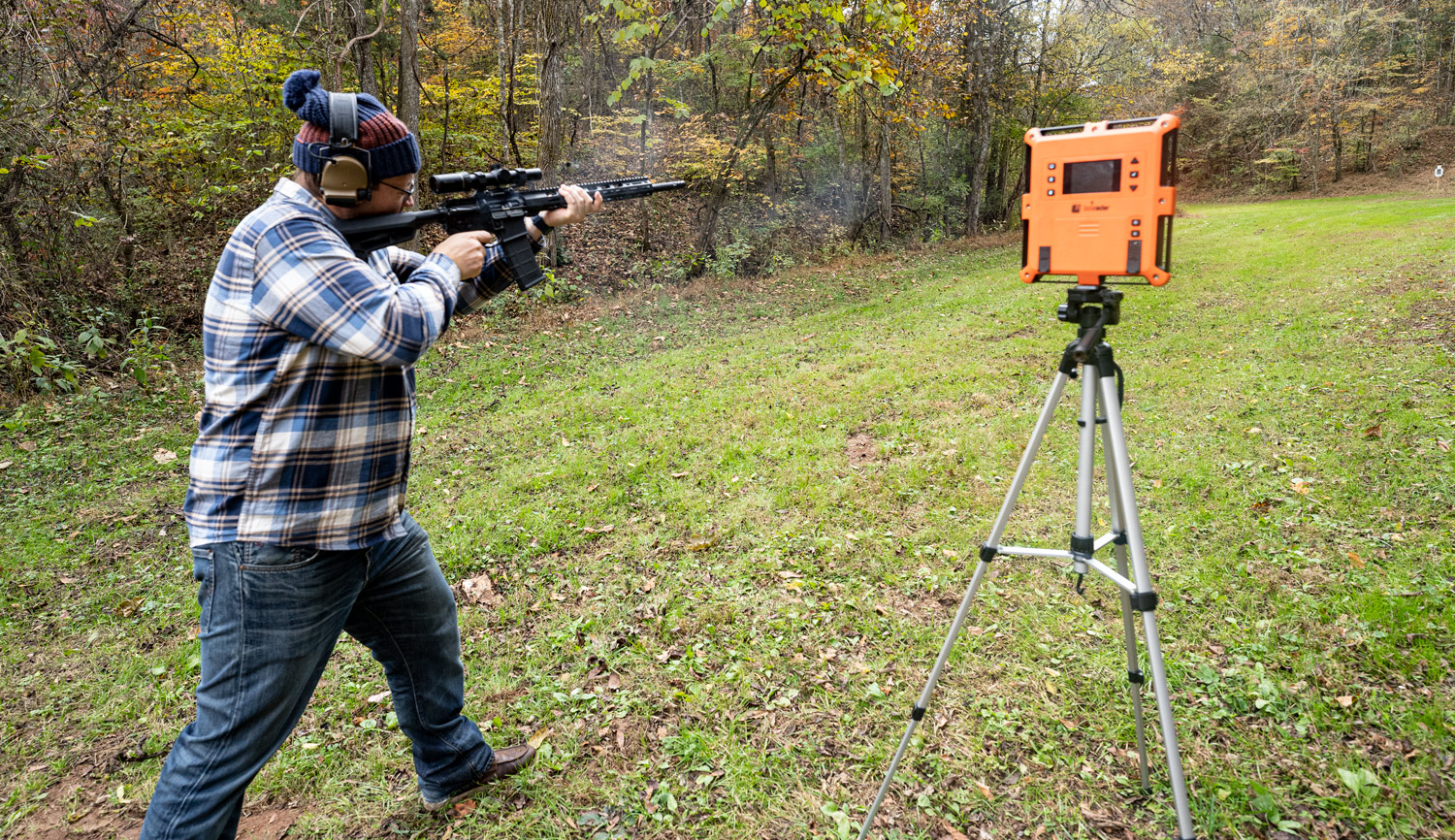 To completely understand a cartridge, you need to take it out and fire a few dozen rounds. Actually using the cartridge will give you the best picture for accuracy, performance, and recoil. However, it helps to look at stats provided by manufacturers to really understand how these rounds perform from the muzzle to the target. We looked at the velocity and energy stats for four Bushmaster cartridges and four SOCOM cartridges. In this list, we included a subsonic round for each type.

The stats above show that .450 Bushmaster ammunition, with smaller rounds compared to the SOCOM, is clearly the faster cartridge. Often by a significant measurement. The fastest round on our list was the 158-grain .450 Bushmaster from Inceptor. (It’s not surprising that the fastest was also the lightest.) Even with similarly-weighted bullets, such as the 245-grain Bushmaster and the 250-grain SOCOM, the .450 Bushmaster had faster speeds.

Interestingly, the 500-grain subsonic .458 SOCOM from Underwood was slightly faster than the .395-grain subsonic round from Hornady. But the .450 Bushmaster clearly remains the faster cartridge.

Energy is an important factor, especially if you are using this cartridge for hunting medium-sized animals or even dangerous game. To be certain, both of these cartridges deliver tremendous power, each consistently holding muzzle energy over 2,000 foot-pounds (ft-lbs), outside of the subsonic cartridges, of course.

So it may seem that the .450 Bushmaster would be, despite common belief, the more powerful round. But there’s an important factor that’s not described here, which is downrange energy. While many producers of the .458 SOCOM don’t provide this information, larger bullets tend to maintain their downrange energy better than lighter projectiles. This is not a claim we can support with data right now, but it is a consideration for anyone who plans to hunt at 100 to 200 yards.

One of the major downsides of the powerful and effective .458 SOCOM is range. It simply does not maintain a straight trajectory like many other cartridges used in modern sporting rifles. If you are going to hunt with this round, you’ll likely need to do so from a closer range. While the .450 Bushmaster is not the longest-reaching of all cartridges, it usually can deliver further effective distances than the .458 SOCOM.

With a large bullet, backed by a strong propellant, you can expect a stiff recoil. While modern sporting rifles have features that reduce recoil, the large bullets loaded into the .458 SOCOM can deliver a massive thump into your shoulder. The .450 Bushmaster may have a harder recoil than many other rounds, but it tends to be lighter than the .458 SOCOM, even when comparing similar weights.

Which One is Right for You?

With so many similarities, deciding on the right cartridge can be tough. But you can break the decision down to a few important factors. First of all, if you live in an area where only straight-wall rounds are legal for hunting, you’ll likely choose the Bushmaster. Also, if you desire a round with a little more range, the .450 Bushmaster will likely be your best choice. However, if you desire a large, powerful round for close and medium-range hunting, the .458 SOCOM may be your best option.