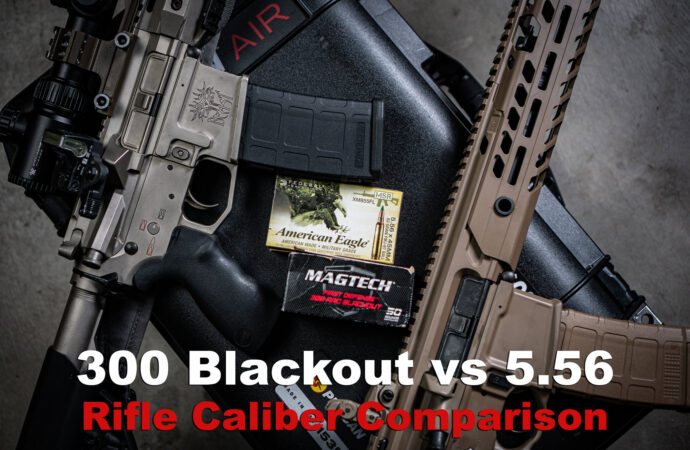 An in-depth comparison of the 300 Blackout vs 5.56 calibers. How do these stack up in terms of velocity, energy and trajectory? What's your advantage going with an AR-platform in each over the other?

There are plenty of rounds to choose from. But choosing the right cartridge for your shooting hobby is essential. If you are a fan of the AR platform, you’ve likely heard of the 5.56x45mm NATO, often called the “5.56” or just the “NATO.” But there is a relative newcomer that maybe you haven’t tried: the .300 AAC Blackout, often abbreviated as the “.300 BLK” or simply the “Blackout.”

The perfect option for your shooting needs will depend on your goals for the cartridge, as well as your desire to use subsonic rounds. 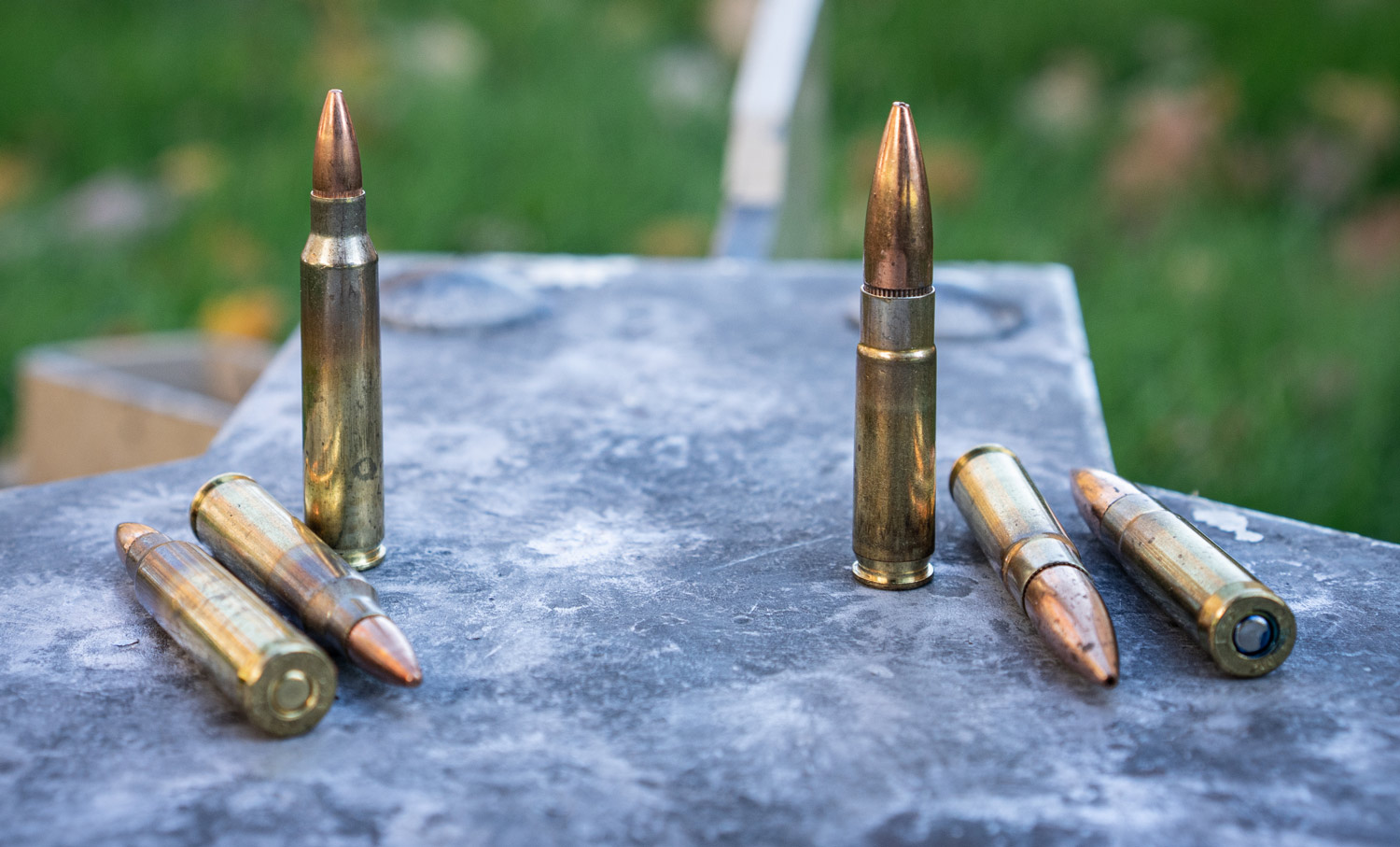 Physically, there is an interesting comparison between these two cartridges. They have the exact same overall length and the same rim diameter, but if you hold them side-by-side, you can see very obvious differences; they are clearly not the same round. 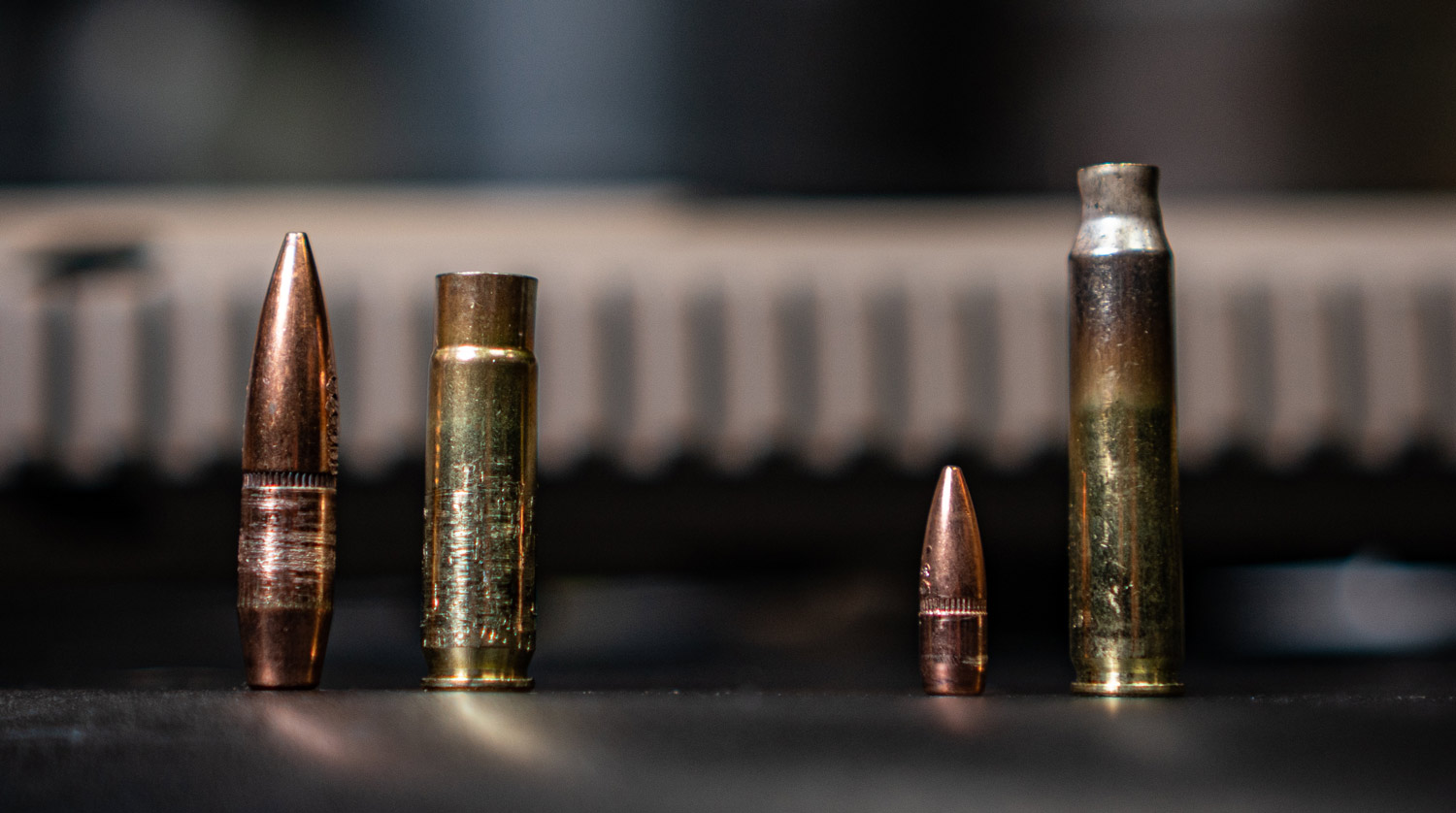 This difference is seen in their projectile sizes. .5.56 NATO has a standard size of 55 grain and maxes out around 65 grains. The Blackout, however, packs bullets as heavy as 260 grains or more.*

*While the .300 AAC Blackout goes as high as 260 grains for some products, the cartridges with bullets in this weight are subsonic, which requires slow speeds. Essentially, to make up for low velocity, these cartridge pack extremely heavy projectiles.

This has less to do with the physical characteristics of the cartridges, and more to do with history and the market. The 5.56x45mm is a well-established cartridge used by shooters for decades. As such, there are numerous options from many different manufacturers. .300 Blackout, while gaining popularity, has only been around since about 2011, making it a newcomer to the market. As such, there are fewer options available.

Also, the 5.56 is often found in bulk military surplus boxes. This makes it an extremely affordable round for many shooters across the country.

But what really matters to shooters is not size or looks, but performance. For that, we need look at velocity, energy, and trajectory. 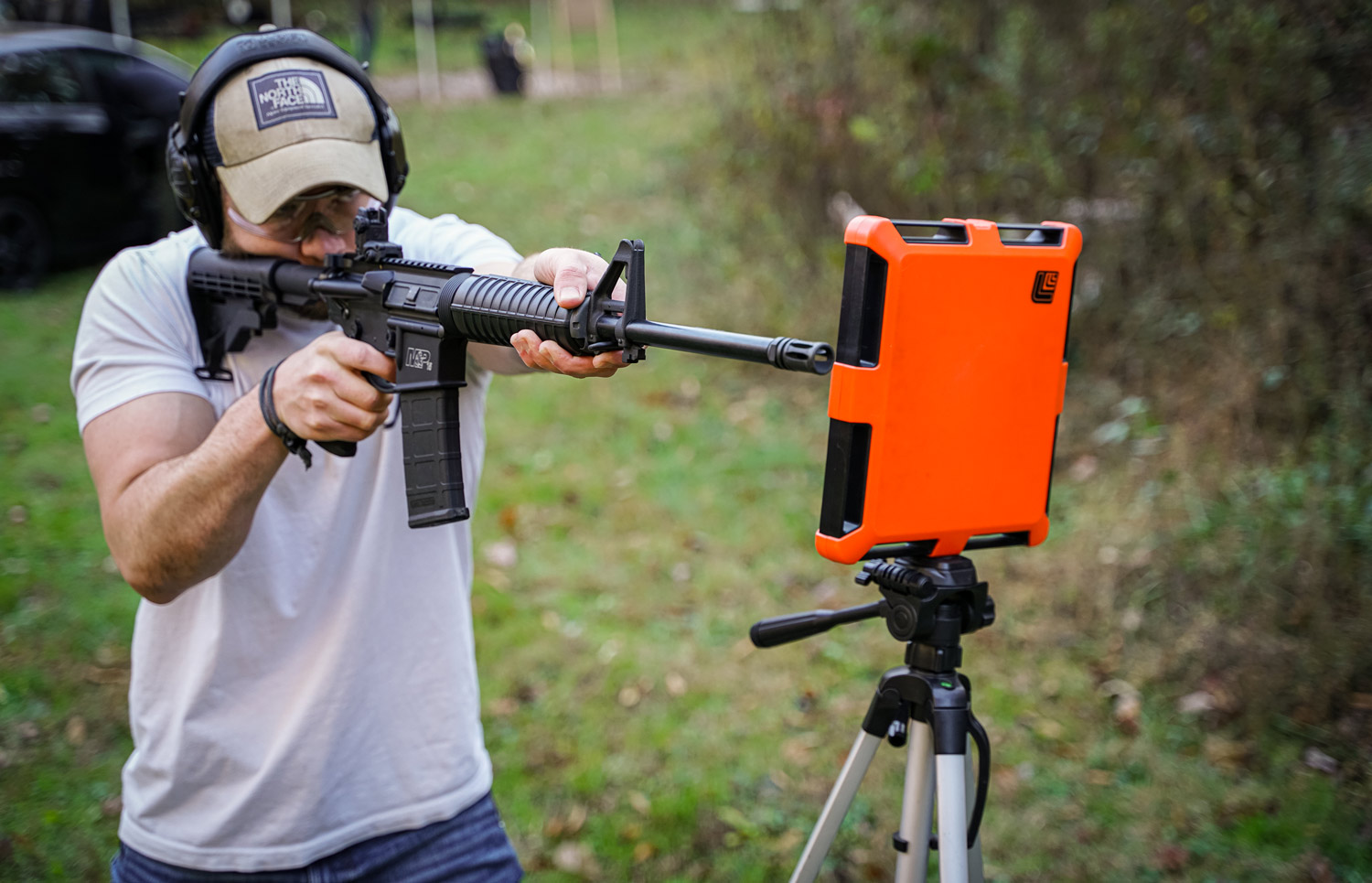 For our performance comparison, we’ll look at six total cartridges, two each from a different manufacturer. In all three comparisons, we tried to use similar products that had the same purpose, such as target shooting or varmint hunting. This is a small sample, but we chose typical rounds that should give us a strong understanding of the 5.56 NATO vs the .300 Blackout.

First, let’s see how these cartridges perform for speed…

If high velocity is a priority, there’s no question that the 5.56 is your better choice. In all three comparisons, the 5.56 NATO had faster speeds at the muzzle and at 200 yards, and in most cases, it wasn’t even close.

For both close range and long distance, the 5.56 is going to be your faster option.

Speed is great, but if you are hunting with this cartridge, of if you want a greater impact at the target, you need to consider energies as well. There was a clear winner in velocity, but when we move to energy, will the speeds of the 5.56 make the difference, or will the heavier bullets in the .300 Blackout create higher impact energies?

From the muzzle, there is really no clear winner between the two. They were all within 30 ft-lbs of each other, and the 5.56 was more powerful in one comparison but weaker in the other two.

At a distance, we see some difference, but not much. At 200 yards, the 5.56 was stronger in two comparisons but weaker in one. Clearly you can’t say that one is more powerful than the other. This is an interesting result, as each one has a potential advantage for power; the 5.56 is faster, but the .300 Blackout has a heavier projectile. In the end, this results in a draw.

Whether you are hunting or target shooting, you are likely concerned with the flatness and overall accuracy of these cartridges. While the information from manufacturers may not be as consistent, they do provide data on flight trajectory.

If you know much about the physics of bullet flight, you can likely guess which one has flatter trajectories. The 5.56, with faster speeds and lighter projectiles, is easily the flatter-shooting round.

The Federal products we highlighted provide the perfect example. When zeroed to 100 yards, the 55-grain NATO drops only 3 inches. The 150-grain Blackout, on the other hand, drops 10 inches. At 300 yards, the drop is 12.1 for the NATO and 34.7 for the Blackout. The same trend is repeated in other cartridges that have a consistent comparison.

If you value speed and distance, an AR-15 chambered in 5.56x45mm NATO is likely your best choice. This cartridge has greater velocities from the muzzle, and maintains these higher velocities downrange. This makes it better for long-distance target shooting, as well as small game and varmint hunting, tasks for which the .300 Blackout is a little oversized.

Choose the .300 Blackout if You Want…

The .300 AAC Blackout does have one clear advantage: suppressed shooting. If you want a quiet round for hunting and varmint control, one that won’t bother the neighbors, .300 AAC Blackout ammo is an effective option.

Regardless of your choice, you’ll find the ammo you need at ammotogo.com. Visit our site today and let us help you find affordable rounds for all your shooting hobbies.