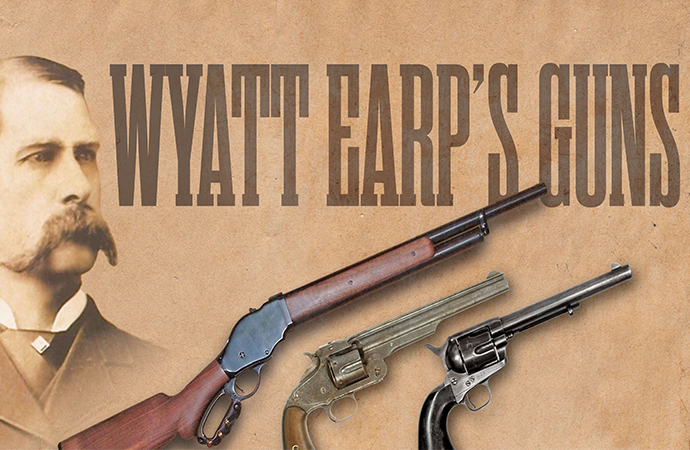 A look at Wyatt Earp’s firearms and perhaps his most popular sidearm, the Buntline Special.

The American “Wild West” is perhaps the most romanticized, mythologized, and often exaggerated periods in our country’s past. The tales that come from this period have been told and retold so often that they have become a part of our nation’s psyche, a part of what makes this country what it is, or, at the very least, what we think it is.

Few personify this reality-faded-to-legend better than Wyatt Earp. The famous lawman is seen as an example of rugged toughness in the face of lawlessness, pure justice and courage against chaos and wrongdoing. But our culture mixed the story of Wyatt Earp, while strongly rooted in reality, with tall tales and myth. (Did you know a jury tried , and eventually exonerated, Wyatt Earp for murder? The movie Tombstone could have been a courtroom drama!)

Even the tools and weapons used by this man have become bogged down in national mythology. For example, The Buntline Special, a line of revolvers Colt made in the 1950’s to honor Earp, may have been created under false pretenses. Regardless, the line or remakes, as well as original weapons tied to Earp and his posse, have become a holy grail for gun collectors.

But the story of the Buntline Special is, just like the story of Earp, complex and foggy yet endlessly fascinating.

The story of Wyatt Earp’s gun, and the legend behind it, can’t be told without understanding the man known as Ned Buntline. Born Edward Zane Carroll Judson, he was a journalist and author who often told embellished, sensationalized stories. He led an adventurous, rocky life that included six marriages, a naval rescue, allegations of inciting a riot, and a discharge from the U.S. military during the Civil War.

Buntline eventually became a character in Wild West mythology, largely by writing stories but also by personally inserting himself into the period. He crammed a lot of life into his 65 years, including a relationship with Buffalo Bill and a story that he personally gave Wyatt Earp the gun that was used at the O.K. Corral. It’s unclear whether Buntline originated the story of if the tale came from another writer, whom we will discuss later.

At this point, the story of the gifted guns from Buntline to Earp is largely believed to be myth. However, the story has been reported for so long that it’s mingled with truth.

The reality (or at least, the reality as we know it) is a bit more complicated.

In 1876, Colt produced a small amount (probably 30 or less) of long-barreled Single Action Army revolvers. However, the originals had nothing to do with Ned Buntline. The guns were most distinguished by their long barrels, which were 9, 10, or 16 inches. (Note here that 12-inch barrels were not part of the original batch.) They had a special frame to accommodate rifle sights and a nickel-plated butt-stock that came with a screw attachment.

They were visually impressive guns, but, being a bit impractical, they didn’t sell well. Owners used some of them more as a showpiece than actual weapon.

At some point in his life, Buntline made the claim (or a later writer created the story) that he gave one of these revolvers to five different Wild West lawmen, including Wyatt Earp.

We’ve  told and retold the story so often that, in some cases, the story has evolved into a tale that this was the gun used at the O.K. Corral. 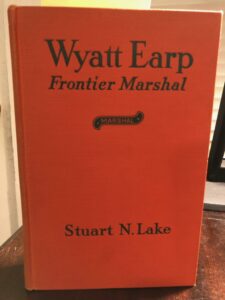 Now we need to introduce another writer, one who lived two generations later than Earp and Buntline. Stuart N. Lake was a biographer who wrote a largely fictionalized and sensationalized account of Wyatt Earp. In his 1931 book, Lake claimed that Earp and four other lawmen received the revolvers from Buntline. In his book, he claimed that the guns had 12-inch barrels, but the original line has barrels of 9, 10, and 16 inches. So either he got this little fact wrong, or the entire story was false.

Either way, the story stuck and it became accepted mythology (at a time when movies and books about the Wild West were extremely popular) that Wyatt Earp had the gun.

In 1957, the Colt’s Manufacturing Company saw a massive opportunity. During that year, westerns were incredibly popular. Shows like Gunsmoke, Tales of Wells Fargo, and even The Life and Legend of Wyatt Earp were topping the television charts. Westerns with stars like John Wayne, Gary Cooper, and James Stuart were bringing audiences to the big screen.

Colt knew that any product tied to the Wild West could be a major seller. So, they looked at their history and “reissued” the Buntline Special. This handgun was a throwback to the original long-barreled single-action revolvers issued by Colt in 1876, the ones that were more of a sales piece than an actually weapon and had no association with Buntline.

Like the original, the “new” Buntline Special was chambered for .45 Colt ammunition and used a single-action system. However, the new line came standard with a 12-inch barrel, although 16-inch barrels were available. In the original, there was no 12-inch option; only 9, 10, and 16 inches.

Firearms connected to Wyatt Earp have become big sellers in the firearms market. In 2014, an Arizona auction sold a variety of memorabilia tied to the legendary lawman. The headline of the event was a .45-caliber revolver that, according to Earp’s family, he carried while he was in Tombstone. Possibly, although not certainly, this was the gun Earp fired during the famous shootout. This revolver sold for $225,000, well above the estimated high value of $150,000. Other firearms sold during the auction included a shotgun that brought $50,000.

Today, there are a variety of replicas and remakes created by various manufacturers. Although the term “Buntline Special” didn’t exist (at least not officially) until the 1950’s, these firearms give modern shooters a physical connection to the weapons and tools used by lawmen in the Wild West era.

These remakes carry the legacy of Wyatt Earp, Ned Buntline, and even Stuart Lake into the modern world, providing an interesting collectible as well as a fun shooting experience.