What is a Gun Trust? 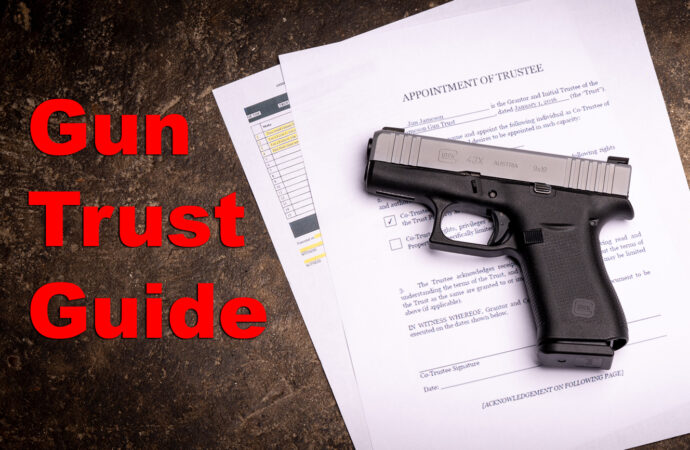 Let's explore what a gun trust is and why you might consider one.

While universities educate attorneys in law, many know next to nothing about guns. Plus, that stigma of the dishonest money-hungry lawyer didn’t just spring forth out of nowhere. If you do a quick internet search for the term “gun trust,” the first five pages of results are nothing but advertisements from lawyers for their (incredibly expensive) assistance.

Let’s take a closer look at what a gun trust is and why you might need one.

What is a Gun Trust?

A gun trust is generally understood to be a management trust (either revocable or irrevocable) created to hold title to firearms. Having a gun trust allows anyone named as a trustee to access/possess the firearms. There are also a number of benefits related to the primary owner passing firearms down in the event of their death. (Tax avoidance, no probate, etc.)

The term “gun trust” is really a misnomer. There’s actually no such thing as a “gun trust,” just general trusts whose assets happen to be firearms. The Uniform Trust Code, a model law in the United States, does not specifically address guns at all. State trust laws are also silent on the subject of gun ownership.

However, federal and state laws are not silent on the ownership and possession of firearms and other weapons. There are a plethora of laws on this subject, as any gun owner already knows.

There are two major federal laws that come into play when it comes to trusts with gun assets, the National Firearms Act (NFA) and a revision of that law, Title II of the Gun Control Act of 1968.+6 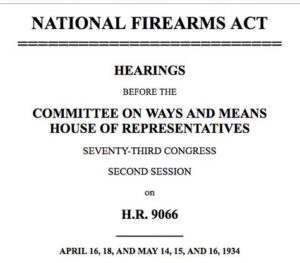 Originally enacted in 1934, the NFA imposed a tax on the making and transfer of certain firearms, specifically machine guns, short barreled rifles and shotguns, “mufflers and silencers,” and other destructive devices like mortars, missiles, and grenade launchers.

In 1934, the nation was reeling from the impact of the Dust Bowl, the Great Depression, and Prohibition. This was the era of gangsters, bootleggers, and bank robbers. Although probably motivated by public hysteria (fueled by Hollywood and the media, of course), Congress decided something must be done about the weapons notorious gangsters and their lot used.

An outright ban of the weapons wasn’t an option (mostly due to that pesky Bill of Rights), so the government imposed a burly (at the time) tax, forced registration, and tons of paperwork instead. This effectively made these weapons inaccessible to anyone who wasn’t wealthy or powerful (So, basically the people who already had them).

Most gun trusts owners use the trust for weapons the National Firearms Act regulates. Although the legislation is complicated (you can read the full text of both laws here and here), NFA weapons fall into 6 different categories.

Machine guns are defined by the ATF as weapons that fire more than one round per trigger pull. This category includes burst fire weapons and devices that convert a firearm to fully automatic.

This refers to rifles with barrels that measure less than 16 inches.

Most gun people call them suppressors. The ATF refers to them as silencers. In either case, we’re talking about those devices you attach to a firearm to reduce that firearm’s report. (The Aussies call them “hushies”, by the way. We think that’s awesome.)

Destructive Devices are weapons that have a bore larger than .50 caliber. This category also includes mortars, missiles, and grenade launchers. It also covers poison and explosives.

If you think this is a broad category, you’re right. This is a catchall category that includes any weapon capable of being concealed that can discharge a shot through the energy of an explosive. It also includes smoothbore handguns that fire shotgun shells and guns that don’t look like guns (think cane guns and pen guns).

You must register the serial number of all NFA weapons with the federal Bureau of Alcohol, Tobacco, Firearms and Explosives (ATF). If the weapon isn’t registered, you can’t legally own it. Again, only the registered owner can use NFA weapons. To transfer ownership, the ATF requires department approval and a $200 tax stamp. Of course, State and local laws may further restrict ownership and possession of NFA firearms as well.

You can purchase NFA items either as an individual or as a trust. With both methods, you need a personal photograph, fingerprints, a clean background check, and $200 (only $5 for some items). You must also notify the Chief Law Enforcement Officer in your local area that you are purchasing a Title II item. Additionally, there are a ton of forms that must be properly filled out and filed.

The primary difference between an individual purchase and a gun trust is that a trust can include multiple people. However, each person included in the trust must go through the proper background checks, paperwork, etc.

The Benefits of a Gun Trust 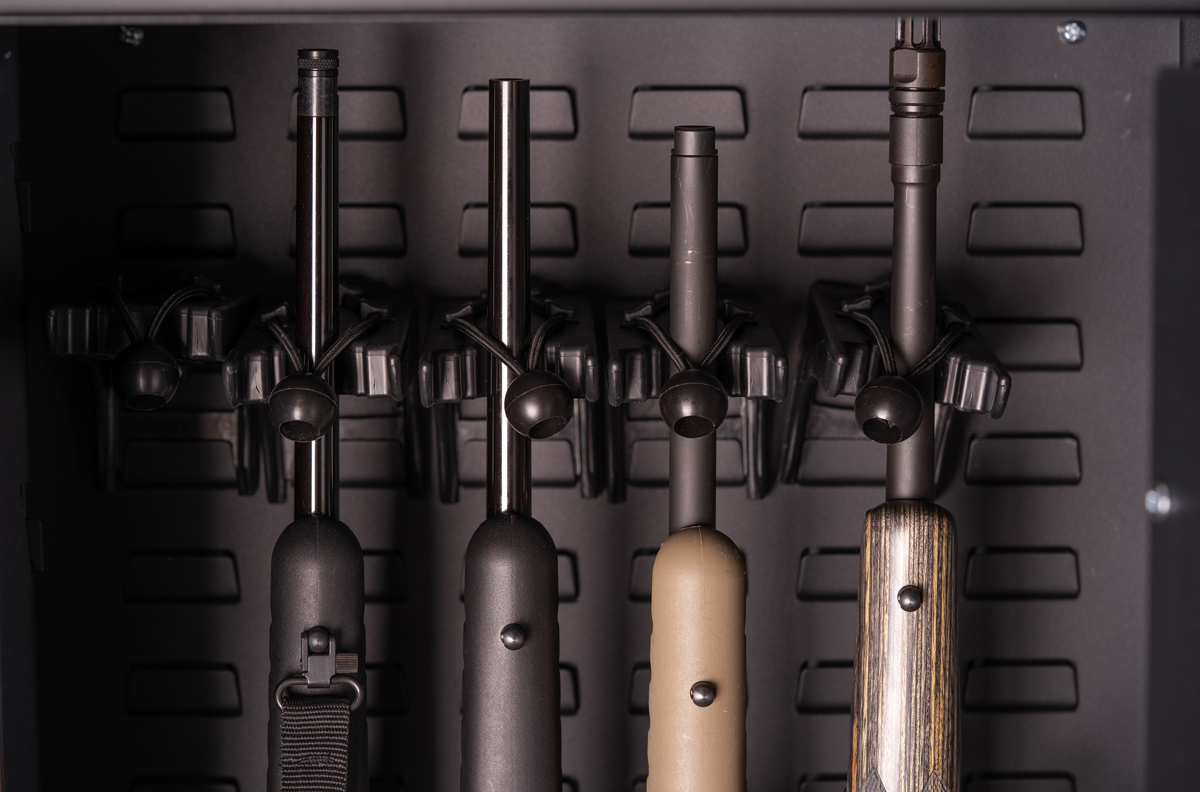 Only the person listed as the registrar can use an NFA Title II weapon. It is illegal for anyone else to use it or even possess that weapon. So if your wife wants to pick up your suppressed handgun, either to shoot at targets or a bunch of violent criminals, she is in violation of the law, and violation of this law is a felony. Congratulations! You made your wife a felon! (Don’t get any ideas!)

A gun trust allows multiple parties to use Title II weapons. Each person who might use (or have access to) the weapon should become a co-trustee. Each co-trustee is required to jump through all the paperwork, background checks, and fingerprinting hoops.

An additional benefit of a gun trust is that it keeps your NFA weapons safe from confiscation if a court ever deems you incompetent. Instead of the government confiscating your NFA weapons immediately, a co-trustee can take possession and hold them on your behalf. If you do not have a co-trustee, your firearms will continue to be held in trust for your beneficiaries to inherit after your death.

A gun trust can also make things much easier for the executor of your estate. Executors who are unfamiliar with the rules and regulations surrounding NFA weapons could unknowingly break the law. With a gun trust, the surviving trustee is in charge of the trust weapons rather than the estate executor.

Do I need a Gun Trust for Title I Weapons?

The vast majority of weapons owned by American citizens are actually Title I weapons. This includes ordinary handguns, rifles, and shotguns. Ownership and possession of Title I firearms are not as heavily regulated as weapons that fall under Title II of the Gun Control Act.

Usually, if you own only a few weapons, those firearms get divvied up after your death “under the radar” to family. It’s the same way your power tools and camping gear land new homes. However, there are a few reasons you might consider forming a trust for your non-NFA weapons.

If you have a large collection, you may want to consider creating a gun trust to formally take care of that collection. This could protect your firearms from liquidation if your survivors must pay off creditors after you die.

Potential posthumous liquidation is also a reason some people choose to place guns with sentimental value into a trust. No one wants their great-grandfather’s hunting rifle sold to pay off their debts. By placing cherished heirlooms in a trust, you can ensure grandpa’s rifle stays in the family for generations to come.

With all the political debate surrounding controversial “assault weapons,” more and more gun owners are choosing to place their AR-15s, AK-47s, and other similar weapons into a trust. If politicians pass legislation that bans the transfer of these controversial firearms, a gun trust could help avoid the negative consequences of an “assault weapons” ban.

If you are unmarried, forming a gun trust will future proof those assets were held as separate property while you were single. This won’t be a problem for the lucky couples who achieve marital bliss. However, it could save your firearms in the event of a future divorce. Any smart spouse would want to list those valuables as “community property.”

A gun trust is quite different from a common will or a living trust, which many people choose to draft without any professional legal help.

A gun trust is potentially more complicated. One reason is a gun trust will often have multiple trustees and may last for several generations. Another reason is that a gun trust must consider all state and federal weapons laws. These laws can be complex, confusing, and often change. If you want to leave guns in trust, you shouldn’t just walk into any old probate law office. While a probate lawyer may be willing to take your money, you need an experienced lawyer who understands state and federal gun laws.

The cost of creating a gun trust is relatively small. This is especially true in comparison to the potential problems associated with breaking one or more laws governing Title II firearms use and ownership. However, you may want to consider forming a trust for Title I weapons as well. A gun trust may be warranted if you own a large collection of firearms, are currently single, or want to protect controversial or sentimental firearms for posterity.