The world of military-specification ammo can read a bit like alphanumeric gobbledygook. This guide spells out the what's behind the military designation name of some of the more common mil-spec rounds.

Occasionally, you’ll find ammunition that is marked with a military designation. These designations don’t always make sense but if you’re particular about your ammunition, the simple “codes” can be a huge help as you load up.

Some of the ammo listed below is available on the open market as military surplus. Other loads are for military purposes only. In those cases, it’s rare to ever see them for sale on the civilian market. Regardless, understanding these military ammo designations will make you a more knowledgable firearms owner and user. 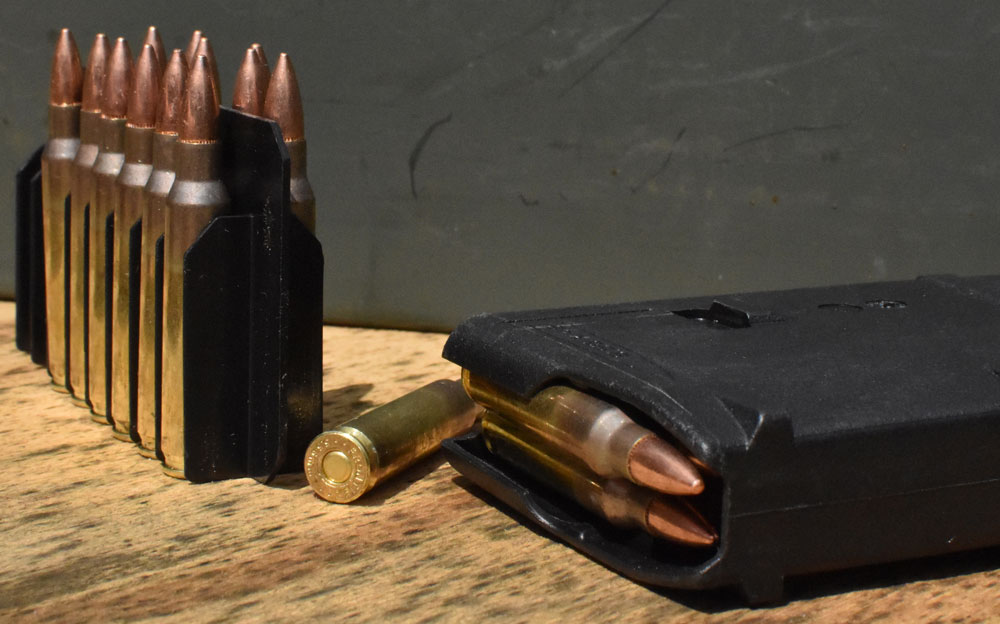 Used for short-range training, these cartridges are designed to fragment on impact, virtually eliminating the chance of ricochet injury. These cartridges are used exclusively for training in close-quarter scenarios, including urban combat. They feature no lead, making them safe for indoor shooting.

These cartridges use a ball powder propellant, which essentially means they turn to dust on impact. This cartridge provides even less risk of ricochet injury, as the projectile is pulverized, leaving little more than dust while providing performance that matches combat ammunition.

These cartridges contain everything but the bullet. Blanks are used for many different purposes, including training.

A 55-grain jacketed cartridge with a lead alloy core is loaded into this cartridge, making it ideal for high-volume target shooting. This is one of the standard cartridges loaded by the United States Armed Forces. It’s commonly available as military surplus for civilian use in AR-style weapons that load the .223 Remington. 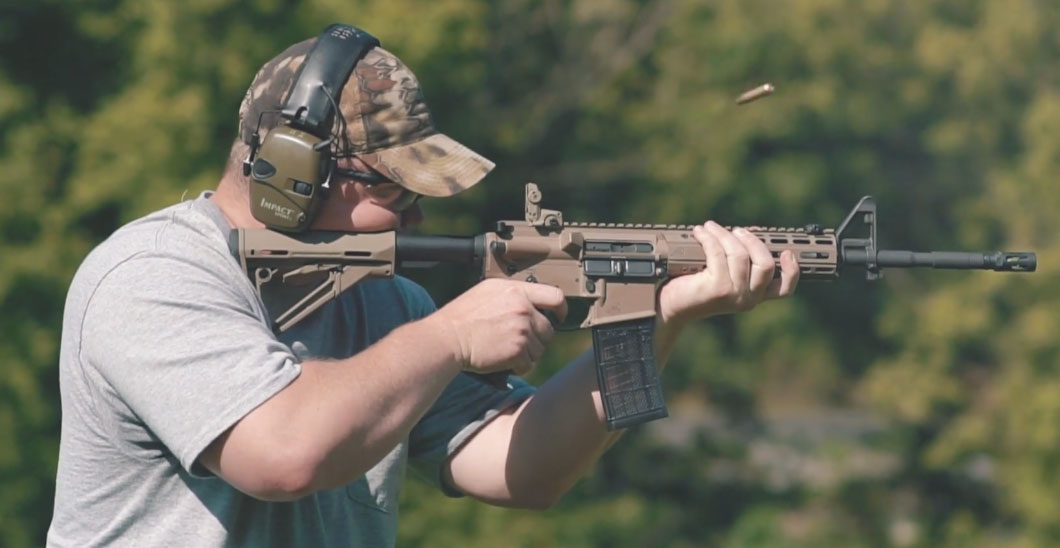 Like the M193, this is a jacketed round with a lead alloy core. The only significant difference between this cartridge and the M193 is the bullet weight. The M855 is 7 grains heavier with a 62-grain jacketed round. It has a green tip to distinguish it from the M193. You can usually find tons of M855 ammo for sale to the civilian market.

Look for a healthy dose of M855 ammo on the civilian market from big brands like Federal, Winchester and PMC.

This is a lead-free version of the 62-grain M855. It uses copper in the core, which is lighter than lead. To make up the difference, the bullet is about a 1/8 inch longer so the bullet is seated deeper. The tip is bronze.

This is a “tracer” round, which has a visible glow to the bullet, allowing shooters to see where the shot landed and make adjustments accordingly.

This round was a joint development between Black Hills Ammunition, the US Army and then the US Navy. This round produces excellent accuracy and consistency, and was developed for use in combat operations with the MK12 SPR. Commercially available MK262 ammo fires a heavy 77 grain Sierra open tipped match (OTM) bullet. The high weight and long boat tailed profile of these projectiles gives them extreme stability and resistance to crosswinds and is designed fragment violently at shorter ranges.

This round was created in an attempt to improve the ammunition used in M4A1 rifles following early engagements in Iraq and Afghanistan. The 62-grain bullet is classified as having an “open-tip”, similar to the M118LR 7.62 NATO round. These loads are designed to fragment consistently, even out of a 10.5 in barrel. The U.S. Marine Corps officially adopted the MK318 for use by infantry in early 2010. 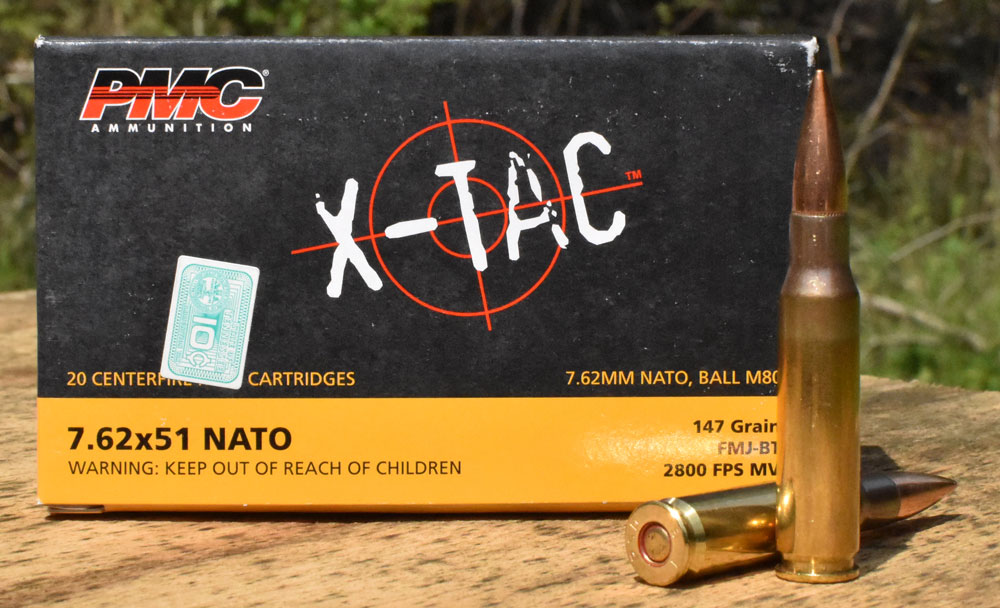 This is short-range training ammunition for the 7.62×51 cartridge. It has similar performance, including accuracy, as the combat cartridges, but will fragment on impact, decreasing the chance of a ricochet injury.

This is also frangible ammunition, but it has a tracer which increases down-range accuracy. It is also intended for training purposes.

This is tracer ammunition for the 7.62×51 cartridge. It has a 144-grain projectile that is colored with an orange tip. Like all tracers, it has a pyrotechnic charge that allows the shooter to follow the projectile downrange.

This is the enhanced-performance version of the 7.62×51 tracer round. It uses a lead-free core, which makes it a non-toxic option for shooters.

Using a 147-grain jacketed bullet, these cartridges are the common load for many military applications. They are often available as military surplus products, and give quality performance at the range with less barrel fouling, and can be highly affordable when purchased in bulk.

This is the same as M80 ammunition only it holds a larger 175-grain bullet as opposed to 147-grain. M118 is the designation for match ammunition.

This product is exactly like the M80, but it uses a lead-free core. It is distinguished by the green tip.

The blank version of the 7.62×51 that can be used for training purposes. M82 blanks also give the necessary energy for cycling in automatic (military) and semiautomatic (civilian) firearms.

According to National Defense Magazine, “dim tracer” ammunition is armor-piercing tracer ammo that allows sharpshooters to use night-vision rifle sights and not be blinded by a bright muzzle flash. Standard tracer ammunition creates a large flash that can dazzle the eyes of nighttime shooters.

Made for an enhanced rifle, this is modified ammunition intended for highly-trained elite snipers. It carries a 90-grain bullet and gives outstanding performance to long-distance shots. The propellant-containing section is larger, so this cartridge only works with specific rifles. 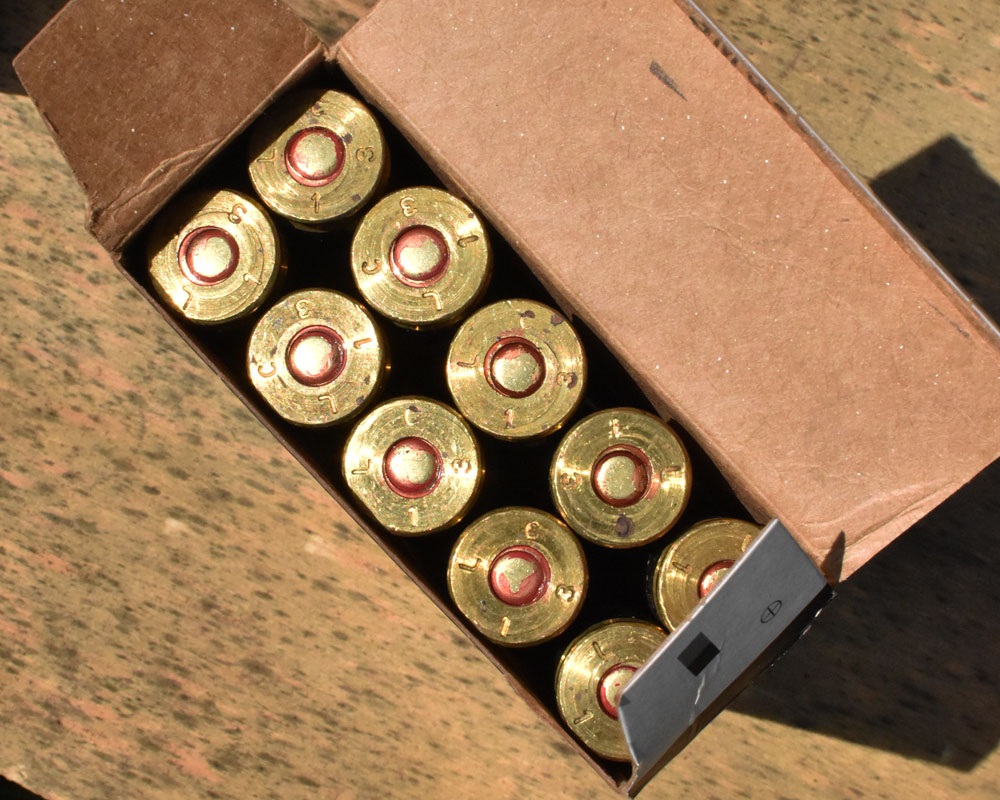 These are blank cartridges for .50-caliber rifles. They have a crimped nose and deliver proper cycling in semiautomatic and automatic cartridges.

If you want the standard military ball ammunition used by the United States Armed Forces .50-caliber weapons, this is the cartridge. It packs a bullet over 600 grains and can be effectively used against unarmored targets. For civilian use, this gives incredible distance and energy at the range.

Tracer ammunition for the .50 BMG cartridge. Allows the shooter to follow the projectile and has a distinct green tip.

A military cartridge that delivers armor-piercing capabilities with an explosive component. Used against armored targets in combat situations.

This is an armor-piercing incendiary round with a tracer that is often used in conjunction with simple armor-piercing rounds. In a magazine, they are often loaded as every fifth round.

“SLAP” stands for Sabot Light Armor Piercing. They are a designed to penetrate armor more effectively by incorporating a polymer sabot. It is distinguishable by the sharp point at the end of the projectile, which helps penetrate armor.

This is .50-caliber ammunition that uses a SLAP design with a tracer. Allows for the same performance while giving the shooter the ability to track their shots.

M858: Ball
Used for training, this cartridge holds a plastic projectile that provides a low-cost options for high-volume shooting. It is all blue, giving it a clear distinction from all other cartridges.

M860: Plastic Tracer
The same plastic training tool as above, but with a tracer. It is noticeable by the red tip, which identifies it as the tracer.

Basic buckshot rounds for a 12-gauge shotgun. These usually have No. 00 buckshot in a 2 3/4-inch shell. For civilians, this can be an effective shot load for short-range hunting, as well as self-defense.

This ammunition is intended for breaching doors, and they are used by military and law enforcement alike. They can destroy deadbolts, locks, and hinges without risking lives. They carry a non-metal load that disintegrates on impact so it can’t harm people on either side of the door.

These are the jacketed ball rounds used by the U.S. military. Often available as an affordable option for 9mm owners, these rounds provide clean shooting and consistent accuracy.

There is a lot of confusion surrounding the bullet weight of this particular 9×19 ammo. The U.S. Army’s Ammunition Data Sheets maintain this load is a 112 grain cartridge. While we haven’t received official word from the U.S. military – enlisted men report to us that they were issued 124 grain rounds consistent with the military over-runs we see come available in the civilian 9×19 ammo market.

These are jacketed hollow point rounds for 9mm Luger cartridges. They have expand on impact, making them ideal for self defense among civilian users.

Find the Right Ammunition for Your Needs

Whether you want affordable military surplus rounds for high-volume rifle shooting, or premium cartridges for elite hunting trips, you can find the right ammunition when you shop at ammunitiontogo.com.