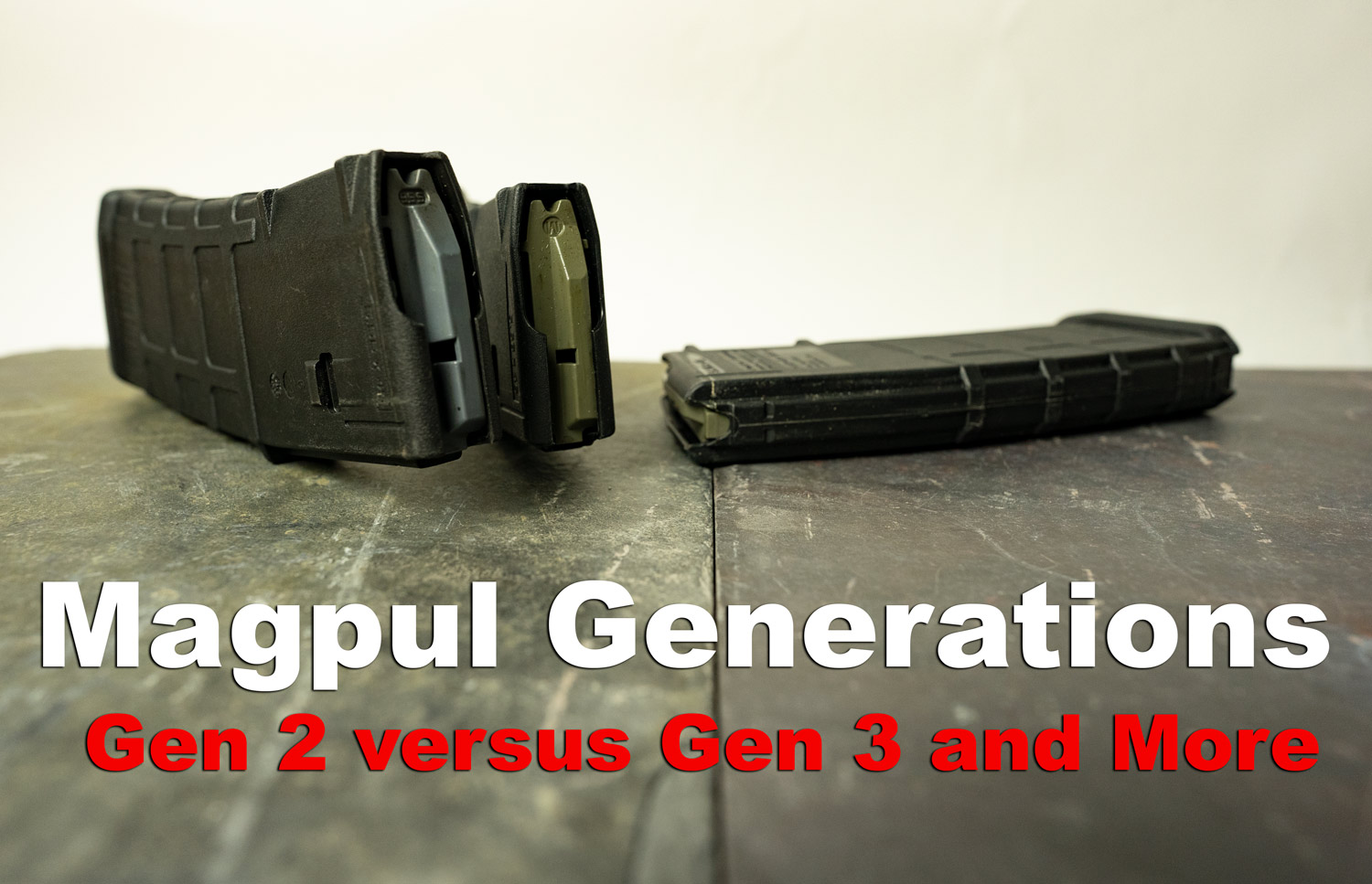 A look at the magpul generations of pmags. What’s the difference from version to version like the M2 vs M3 and what’s best for you?

Magpul is perhaps the most respected company in the AR-industry. Known for making simple, reliable accessories for AR-style weapons, Magpul has a loyal following thanks to a reputation for quality, consistency, and endless development.

They are easily the biggest name in AR magazines, nearly cornering the market since they first released the original PMAG 30 in 2007. This magazine, which was made from a high-tech polymer, brought a high level of performance with a rugged durability that matched steel products.

Since the release of their original 30-round magazine, these magazines have seen use all across the world, including civilian and military purposes.

As a company that continually focuses on changes, developments, and innovations, it was natural that Magpul has made numerous incremental changes to their products. Only a couple of short years after releasing the original PMAG 30-round magazine, they released an updated version. This version, which had a long-winded official name but is commonly called the M2, is seen as the second generation of the PMAG.

Currently, the two major generations of PMAG products are the M2 (second generation) and M3 (third generation). While the first generation is still available, the M2 and M3 are the main options for current AR owners.

Understanding the differences can help you choose the right product for your specific needs. 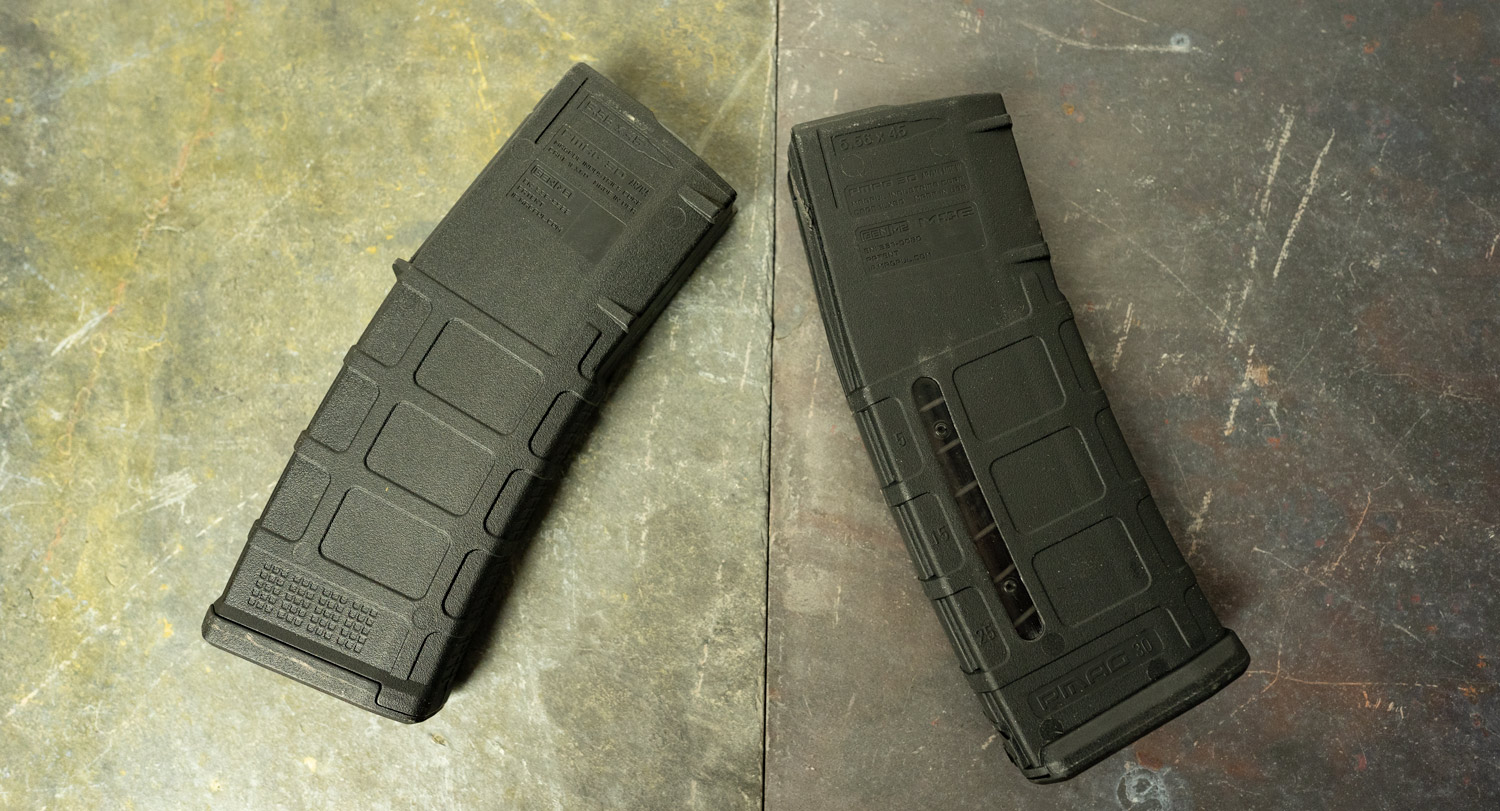 First of all, there is a difference in compatibility, which is important to all gun owners. The original PMAG was designed to work with the Colt-spec M16 rifle, and they are very effective at meeting this goal. But the various dimensions of similar yet different rifles have made the M2 less effective for these purposes. The M3, however, appears to be more compatible with a variety of weapons, including international rifles and military-grade products. Essentially, the M3 functions in non-Colt-spec platforms while the M2 often runs into trouble.

Physically, one of the most noticeable differences between the two generations is the dust cover. The M2 does not have a dust cover, so this needs to be ordered separately. The M3, however, does have a dust cover, which allows you to keep debris out of the magazine and protects the feed lips from impact. Not all shooters want dust covers, but if you do, the M3 is likely a better option.

The floor plates or “butt plates” also have differences. The plate of the M2 is wider, which can create difficulty when placing it into tight magazine pouches. This was thinned for the third generation to make storage easier.

On the rear spine of the M3, you’ll also notice a small notch sticking out of the magazine. This is a feature called the over-insertion stop, and it’s there to ensure you can’t jam the magazine too far into the weapon. With this feature, you can perform faster, more aggressive magazine changes with less chance for malfunction.

Perhaps the most interesting feature on the M3 is the dot matrix. At the bottom of the magazine, Magpul has placed a grid of paint-pen dots that allow you to mark the magazine as you see fit. You can create a specific design or write a four-letter code or word into the magazine, creating easier identification for your PMAG product.

Overall, Magpul claims the M3 has improved strength in addition to new features. This generation of the PMAG also has a low-friction four-way anti-tilt follower, which enhances chambering in your firearm.

Which Should You Choose?

Whether you choose the first, second, or third generation, you should consider all the features as well as your personal uses for the magazine. In most cases, however, many shooters consider the M3 the most advanced of the PMAG products currently available. This makes perfect sense. It’s a continual evolution, a steady advancement to create a nearly perfect rifle magazine.

The M3 has features that others do not (the dot matrix and over-insertion stop, as examples), but if you are shooting the standard AR rifles, the M2 or even the first generation will often suit your needs perfectly.

With all of the new features for the M3, why would anyone consider purchasing the M2 at all? It seems like the third generation has essentially eclipse the second, but there are still reasons to consider the M2.

Most importantly, the M2 is still available. With supply-chain issues and firearm-product shortages, options for gun owners are limited. So if you find the M2 in stock, but can’t get your hands on M3s, the choice may have been made for you.

M2s are generally more affordable as well. All those neat little features on the M3 increase the cost; one small improvement doesn’t make a huge difference; a dozen improvements can significantly increase the final cost. Of course, the final price will depend on where and how you buy, but it’s not uncommon for M3s to be a few dollars more.

Many, won’t be deterred by the additional cost, but this is something to consider.

Find the Ammo and Accessories You Need

If you are looking for top-quality ammunition and firearm accessories at a price that fits your budget, vitis ammotogo.com today. You’ll find great deals on the world-class accessories you deserve. We carry both M2 and M3 Magpul magazines with fast shipping and great prices on each.