How To Break In A Rifle Barrel 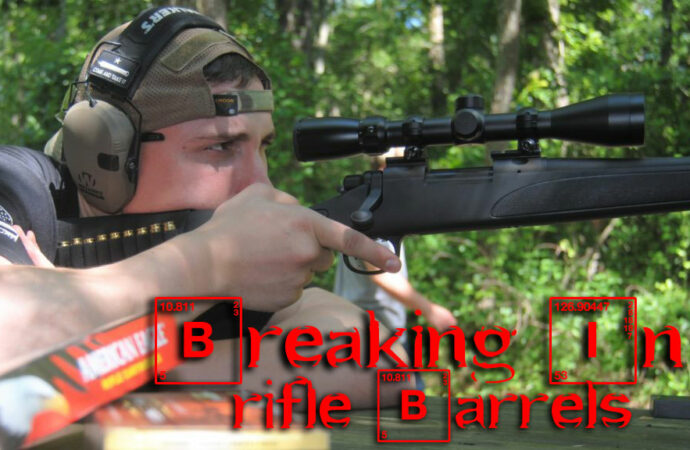 You don’t get a brand-new rifle every day. (I know, it makes me sad, too.) So when you do get a new one, you want to make sure the two of you will enjoy many wonderful years together. This isn’t a relationship you want to screw up before you even get started. So, let’s explore

You don’t get a brand-new rifle every day. (I know, it makes me sad, too.) So when you do get a new one, you want to make sure the two of you will enjoy many wonderful years together. This isn’t a relationship you want to screw up before you even get started. So, let’s explore how to break in a rifle barrel properly.

Like most things in the world of firearms (and relationships), no one seems to agree on how to break-in a new rifle (or if you need to at all). Some experts claim it is essential for accuracy. Others claim it is a total waste of time and energy.

Barrel break-ins are a relatively new ritual. In the not-so-distant past, shooters just pulled a new rifle out of the box and shot it. No elaborate initiation rituals required. While this method worked just fine for previous generations, we’ve learned a lot over the years. After all, our grandparents also believed smoking cured emphysema and gasoline was a healthy treatment for head lice. If they were wrong about those important things, it’s possible they were wrong about breaking in a rifle barrel, too. 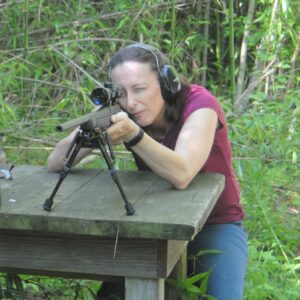 Some shooters claim you don’t even need to break in a new barrel. Some will claim it is just a superstition like picking up pennies, stepping over cracks, and knocking on wood. Whether a superstition or not, there’s nothing wrong with going through the ritual of a barrel break-in. It certainly isn’t going to hurt, and it might just help. Plus, it’s a great excuse to spend some time at the range getting to know your new rifle. After all, getting acquainted is the first step to any lasting relationship.

The Theory Behind Breaking In a New Barrel

Every new barrel has tiny surface nicks, dings, scrapes, and imperfections left behind by the tools used during the drilling, reaming, and rifling process. When you “break in” a rifle bore, you’re using bullets to burnish those minor imperfections. If those microscopic flaws aren’t buffed out, they will collect metal fouling from the bullet jacket and that fouling will build up exponentially over time. Copper and lead build up in a barrel degrades precision and consistency.

This fouling accumulates over time, but it seems to build up faster when the barrel is new. When too many shots are fired before cleaning, the fouling can accumulate so much that removing it becomes a challenge.

Removing the fouling from a new barrel after the first initial shots allows the next few bullets to polish out the imperfections. By repeating this process, the dings and scrapes are gradually smoothed away. Once they are buffed smooth, the lands and valleys in the rifling will affect projectiles more consistently, increasing the precision of your weapon.

How to Break in a New Rifle Barrel 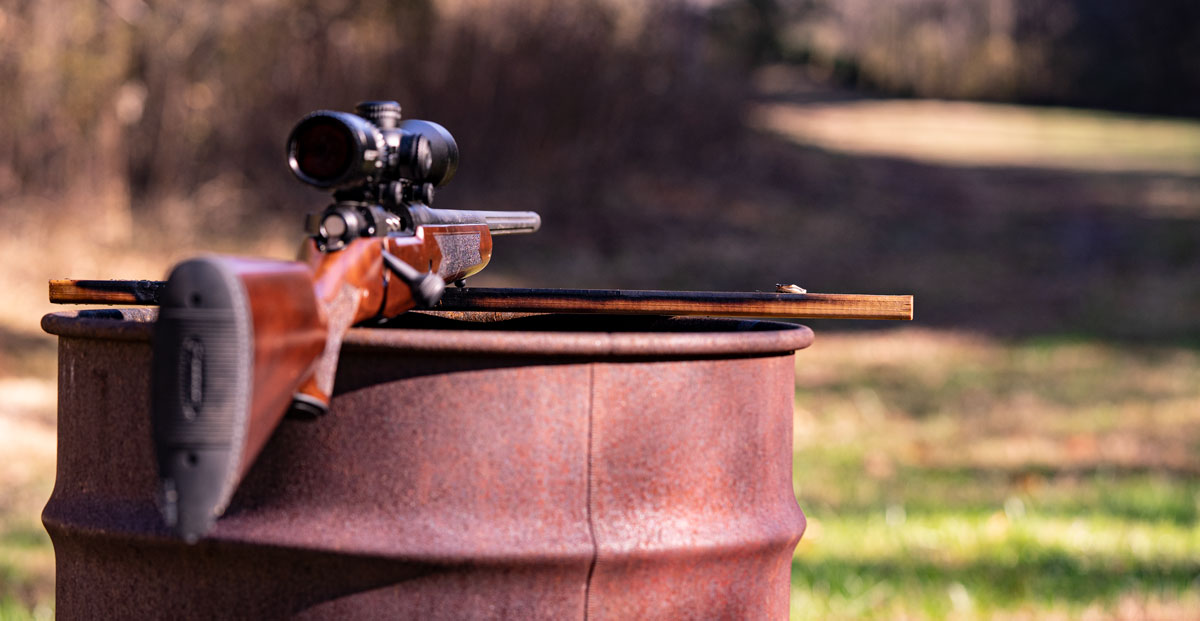 Ask a dozen shooters how to break in a rifle barrel, and you’ll get a dozen different answers. There is no single “right” way to break in a barrel. How you do it isn’t nearly as important as doing it. The critical element is to shoot, scrub the bore clean, and repeat.

If your new barrel came with instructions from the manufacturer, it is best to follow their guidelines for breaking it in. If not, here is a basic rundown of the process. 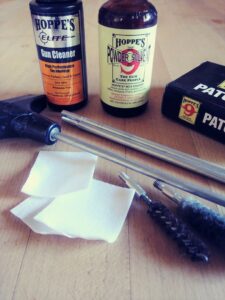 Even though your barrel is fresh from the factory, that doesn’t mean it’s clean. Before you hit the range, make sure you give the barrel a quick cleaning. You don’t want any dust, dirt, or lingering solvents left behind from the manufacturing process.

Shoot One Round and Clean the Barrel.

Use a bore guide to protect the leade and to prevent any solvent from running into the action. A bore guide will also keep the cleaning rod centered. Scrub the barrel back and forth with an appropriate bore brush soaked with a cleaning solvent. The brush should completely exit the bore before you reverse direction. The cleaning solvent should be safe to use on your barrel but dissolves carbon and copper fouling.

Next, run a solvent-soaked patch through the barrel, running it from breech to muzzle in one direction. You will see a greenish-blue residue on the patches. This is evidence of copper fouling.

Repeat with fresh, solvent-soaked patches until they come out clean.

Follow with fresh, dry patches until they come out clean and dry.

Repeat the process of shooting one round and cleaning for about 10 shots.

Shoot a Three-Round Series and Clean the Barrel.

Shoot a series of three shots and repeat the previous cleaning protocol between each series. Complete approximately five groups of three rounds and the subsequent cleaning before proceeding to the next step.

In this last step, shoot five rounds and then repeat the cleaning process. You should begin to see significantly less greenish-blue fouling at this point.

As your barrel breaks in, the cleaning protocol should proceed more quickly and require fewer patches.

Some barrels require a little extra effort to properly break in. If you have one of those, continue shooting these five-round series followed by the previous cleaning protocol.

Other Techniques to Break in Barrels

As I mentioned before, if you ask a dozen shooters how to break in a new barrel, you might get twelve different answers. If you have a break-in method that works for you, there’s no need to change it. The necessary element of any break-in ritual is to alternate shooting and cleaning.

Don’t be afraid to spend some serious time and plenty of ammo on the process. Not only will you be improving the performance of your rifle, you’ll also be forging an important relationship with your new firearm. Shooting and cleaning are the best ways to become familiar with any weapon. The break-in process requires a lot of both.

A Note About Custom Hand-Lapped Barrels

High-quality hand-lapped barrels will generally have fewer imperfections than barrels produced on factory assembly lines. The key reasons for breaking in a hand-lapped barrel is to maximize its precision and ensure consistency. A proper break in will also make future cleaning easier.

If your hand-lapped barrel accumulates only minimal copper leading, you may not need to do much to break it in.

Custom barrels are often made from special barrel materials with trademark finishing techniques. Therefore, you should always follow the manufacturer’s specific guidelines on how to break in and maintain their barrels.

The process of breaking in a new rifle barrel isn’t exactly a barrel of fun. However, you only have to do it once. Then, you can sit back and enjoy a long life of increased accuracy and easy maintenance. Although the process can be tedious, try to appreciate the fact that you’re spending time shooting and becoming familiar with your tool. There are plenty of less enjoyable ways to spend your time.

As always, remember to follow the rules of gun safety, even when you’re cleaning your firearm.