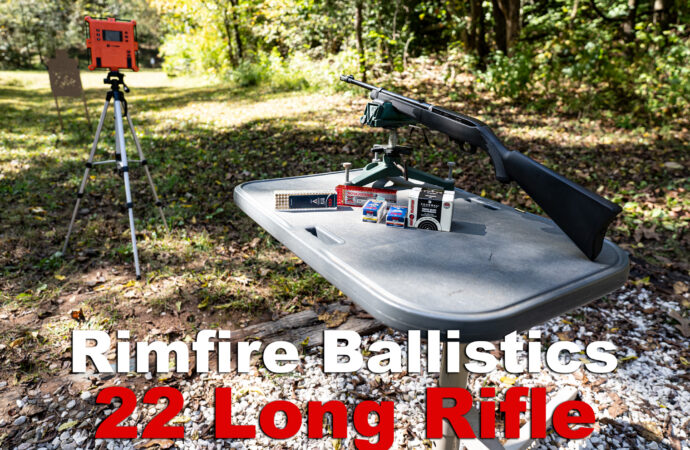 A look at 22LR Ballistics with ammo info and a ballistic chart containing muzzle velocity, trajectory and more information about this popular caliber.

Incredibly easy to shoot and immensely popular, let’s take a look at 22LR Ballistics and all this round is capable of.

The Union Metallic Cartridge Company (Remington) introduced 22 LR ammo as early as 1884 by Union Metallic Cartridge Company. With its faster muzzle velocity it quickly obsoleted the 22 Long and 22 Extra Long that preceded it. It is still popular, to put it mildly. Many people who own just one firearm have it chambered for 22 LR. It’s an inexpensive weapon just like its ammunition, and its gentle recoil and soft report suit it for even the smallest, most skittish shooters. 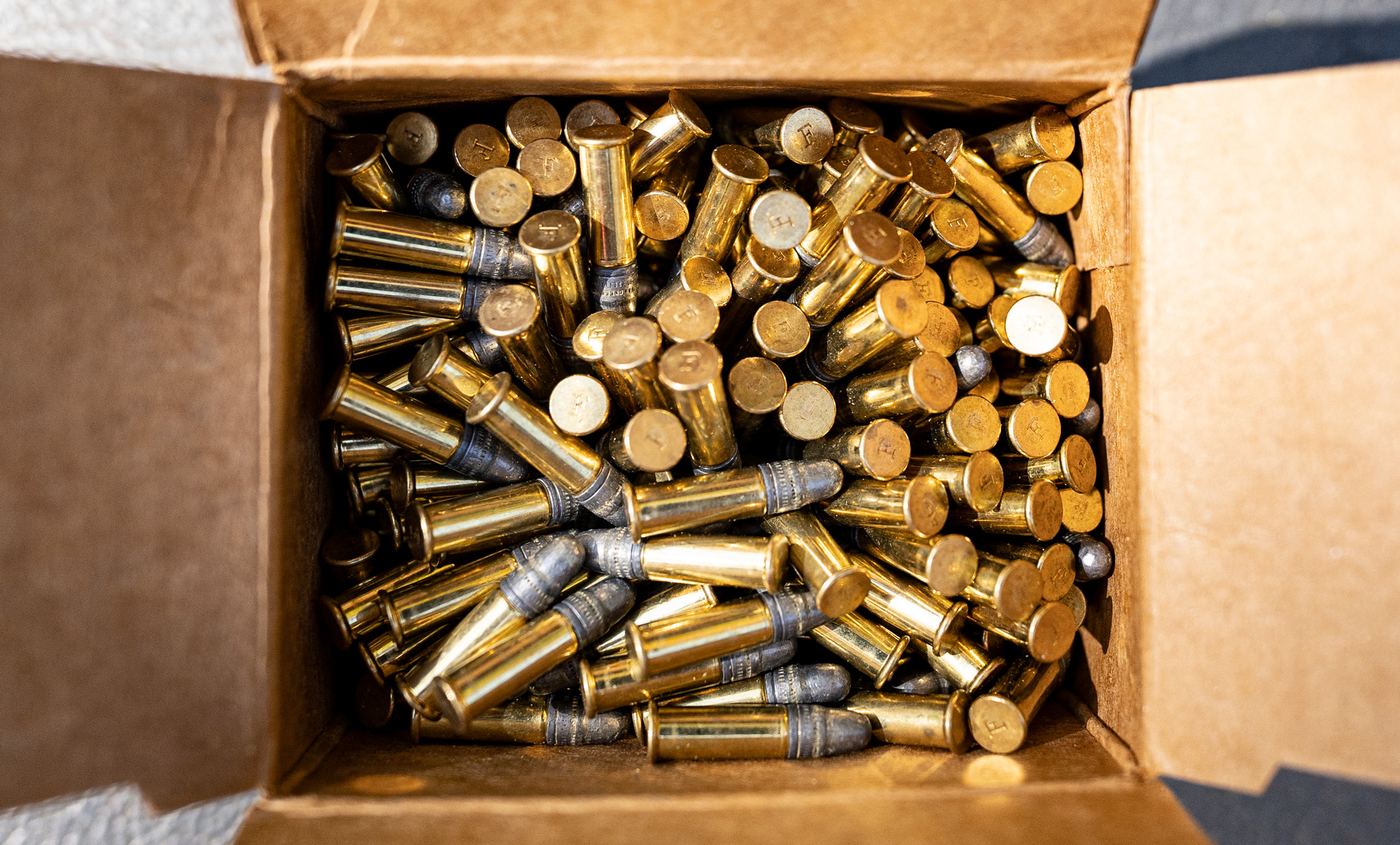 The 22 LR is a tiny round at only 1” long. Its low power means it gets by with a very thin brass shell casing, a contributing factor to its nice price tag. Such a thin casing enables a rimfire primer, which is struck through the brass by the firing pin. Still, the 22 LR’s muzzle velocity is nothing to scoff at. Its 40 grain bullet may deliver a muzzle velocity between 1,080 and 1,200 fps, falling on either side of the speed of sound. Generally speaking the 22 LR’s 36 grain bullet hits 1,330 fps, and its 32 grain bullet hits 1,640 fps. 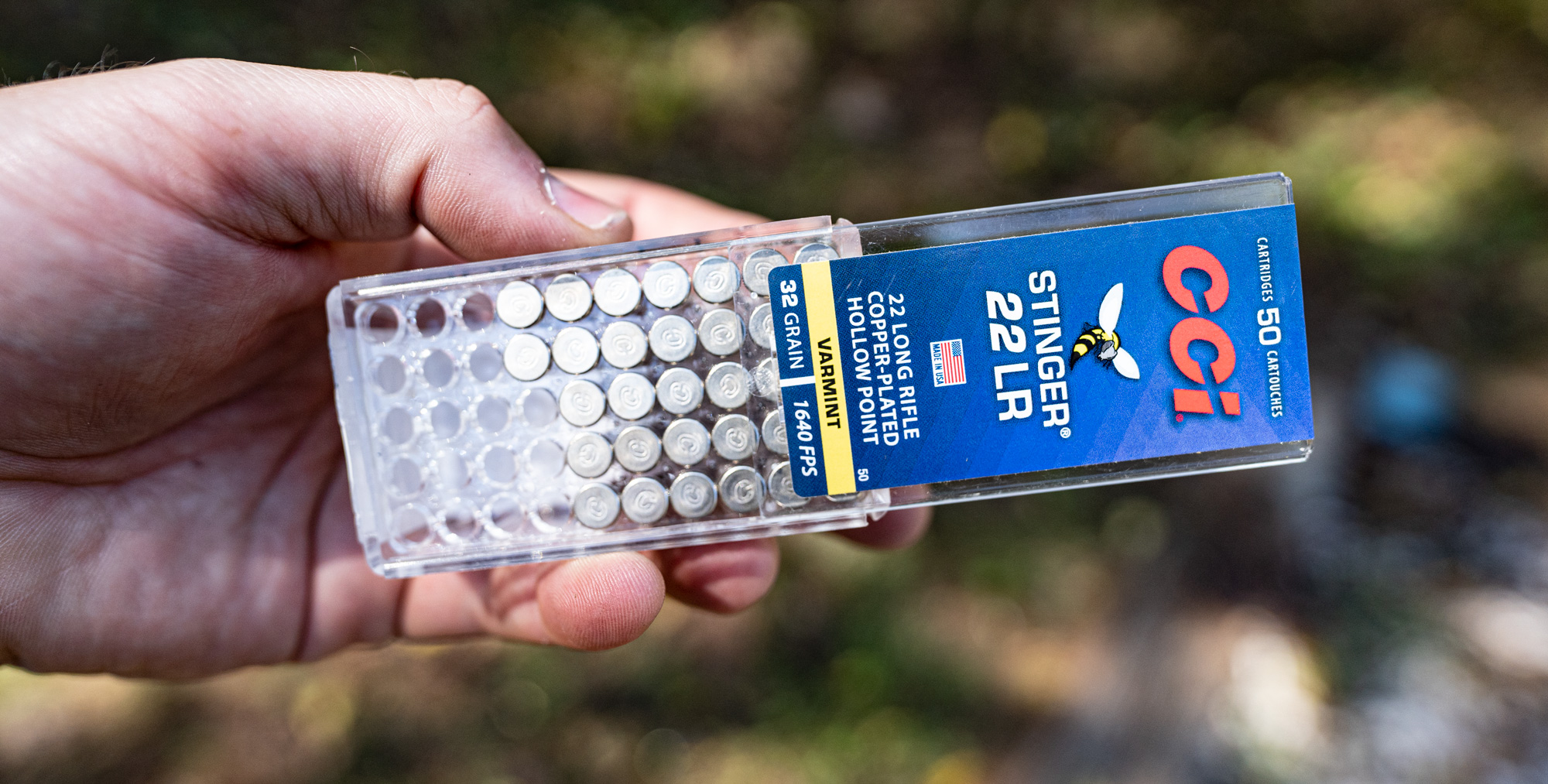 Those speeds are adequate to put the 22 LR’s effective range at 150 yards, with a nearer practical range. Bullet drop becomes fairly pronounced after that point. A 40 grain bullet sinks about 33” at 200 yards, and triple that at 300 yards. If you can hit an egg with a 22 LR at 100 yards, you’re doing all right for yourself.

For picking off troublesome animals — the kind that help yourself to your wild birds’ black oil sunflower seed, for example — the 22 LR is divine. At 50 yards the 22 LR packs a triple digit energy level, enough to send a 12 ounce rodent tumbling even when the bullet isn’t designed to expand. Raccoon, porcupine, chipmunk, nutria, pigeon, crow, and rabbit are all prime targets for a 22 LR. Furthermore, no summer should go without the rhythmic pings of little bullets hitting empty cans.