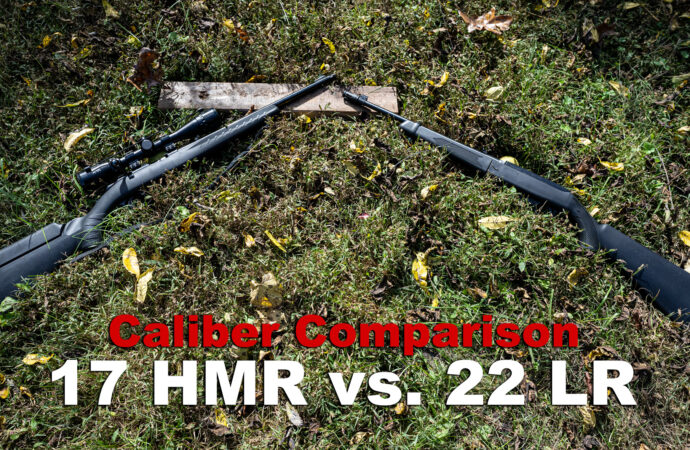 A side by side look at the 17 HMR vs 22 long rifle calibers. We'll compare their performance and shed some light on which is better for your needs.

If you grew up in the United States and had any experience with rifle shooting, be it small game hunting or range practice, there’s a good chance you learned to shoot with .22 Long Rifle ammunition.

.22 Long rifle, often called “.22 LR” or simply “twenty-twos,” is one of the most prevalent cartridges in the country. Exceedingly affordable with virtually no kick, this is a go-to option for target shooters and instructors, and it’s surprisingly useful for hunting small game like squirrel and rabbit.

But in recent years, the status of the .22 LR has been challenged. The .17 Hornady Magnum Rimfire, a fast cartridge with a light bullet, has chipped away at the .22’s comfortable domination of the rimfire shelf.

So should you consider this relative new-comer, or should you stick with the tested, trusted twenty-two? Let’s explore both of them in this side by side 17 HMR vs 22 comparison.

.22 LR ammunition is possibly the most-fired cartridge in the United States; one of the main reasons for this is price. If you are a casual shooter who simply wants a quiet afternoon of plinking at soda cans, and you don’t want to drop $20 on a box of shells every time, the .22 LR is a wise choice. You can find .22 LR ammo priced below a dime a shot, making it a wallet-friendly option. The .17 HMR also offers an affordable price, usually ranging from about $0.20 to $0.30 per round, making it far more affordable than many other choices. With either round, you won’t empty your wallet, but the .22 LR remains the more affordable option. 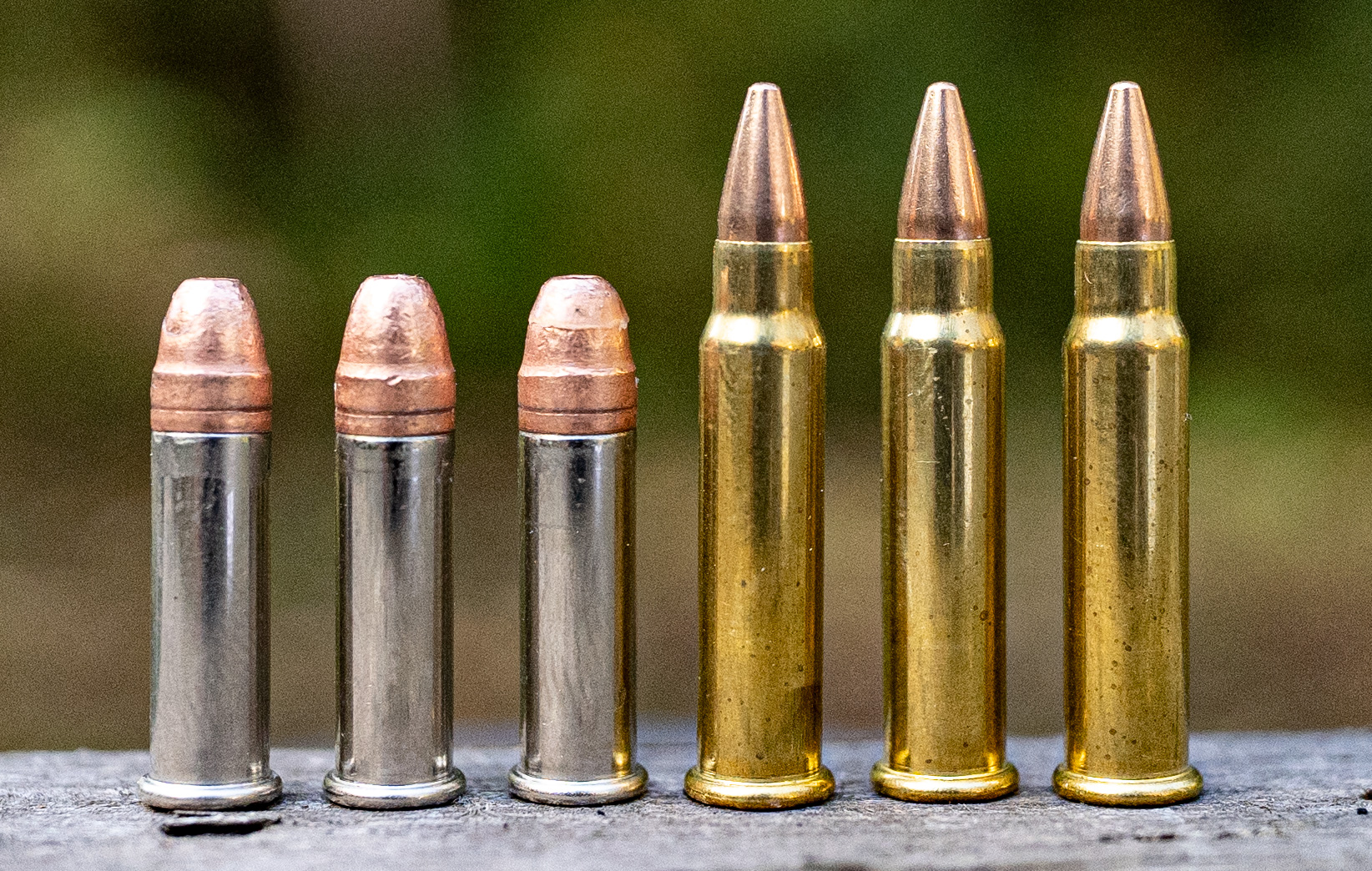 22 long rifle ammo (left) next to 17 HMR ammo (right) on display at a shooting range.

These two cartridges are not just different in size. They are also different in shape. The .22 is considered a straight-walled cartridge, in that the case does not widen from the bullet to the rim, but stays straight. .17 HMR ammo, however, is “necked down,” meaning the case get smaller toward the front to accommodate a narrow bullet.

The .17 HMR has a noticeably larger case, but the cartridge narrows towards the front, allowing it to seat a smaller, lighter bullet; it has a large case and a small bullet. The .22 LR, on the other hand, has a smaller case but a larger bullet. These differences, which are obvious when you hold both cartridges in your palm, have clear impacts on overall performance and ballistics.

Just looking at pricing and holding the cartridges next to each other doesn’t tell the entire story of these two rimfire rounds. Target shooters and hunters want to know how these cartridges compare once the firing pin strikes the rim; as we will see, the difference in size and shape results in significant performance differences.

As you can see from the numbers above, the .17 HMR is clearly the faster cartridge, with stats that exceed the .22 LR in all three product comparisons. The products from CCI, a manufacturer that specializes in rimfire ammo, have the closest velocity stats, with a difference of about 200 feet-per-second (fps) between the two. But for the other comparisons, the .17 HMR is over 1,000 fps faster.

Comparing a total of six cartridges is certainly a small sample size, but it highlights a trend you will see repeated when looking at these two rounds. Because it has a lighter bullet (in most cases) backed by a case that hold more propellant, it can launch its projectile at a much faster speed.

You might expect the .22 LR, with it larger bullets, to have more energy, as heavier rounds tend to deliver more force. However, it appears that the velocity of the .17 HMR makes up the difference, allowing the speedy cartridge to pass the .22 LR in muzzle and downrange energy.

In our comparisons, two .17 HMR rounds share the title for most-powerful cartridge at 250 ft-lbs, while the third is only slightly behind at 242. The most powerful .22 LR only goes to 167 ft-lbs, and two drop below 150 ft-lbs.

Trajectory can be hard to compare, as manufacturers do not alway release consistent data. But we can look at a few to see a trend: the .17 HMR has less drop. The rounds from Federal highlight this point. When zeroed to 50 yards, the .22 LR drops 5.5 inches at 100 yards, while the .17 HMR only drops 0.4 inches under the same conditions. The .17 HMR, with its lighter bullet, does have a tendency to be pushed by wind, which can significantly impact accuracy.

The choice is tough, but if you are seriously concerned with cost, the .22 LR is probably your best option. It makes an enjoyable plinking cartridge, and can be used by property owners as a quiet yet effective varmint gun. But if you want long-range accuracy for small game hunting or target shooting, the .17 HMR is sure to please; you’ll pay a little more, but compared to most rifle cartridges you’ll still have an extremely affordable round that is a true delight to shoot.

Whether you need rimfire ammo for an afternoon at the range or reliable pistol cartridges for personal defense, you’ll find excellent prices on the top brands here at AmmoToGo.com.