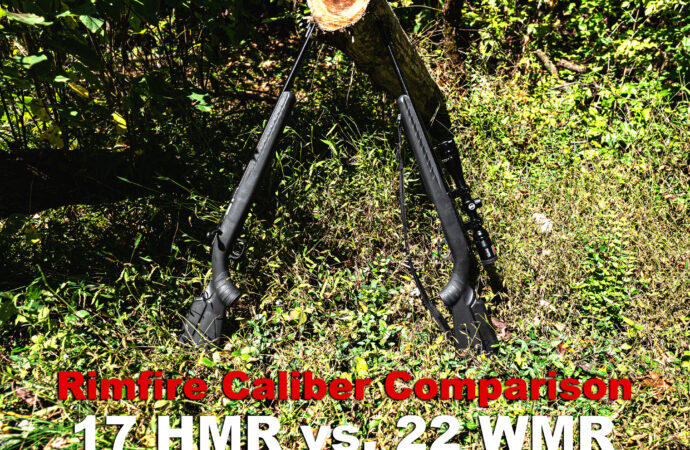 A side by side look at the 17 HMR vs 22 WMR cartridges. Which of these rimfire rounds is a better fit for your shooting needs? We can help!

Two cartridges that look vastly different. And yet they can be incredibly similar in pricing, performance, and purpose. The .22 Winchester Magnum Rimfire (WMR) and the .17 Hornady Magnum Rimfire (HMR) are two wallet-friendly cartridges that can be used for small game hunting, varmint control, and high-volume target shooting, among many other uses. So which way should you favor in the 17 HMR vs 22 WMR debate?

To choose the right cartridge for your needs, it helps to understand the main differences and ballistic performance of these versatile cartridges.

One of the top motivations for purchasing a rimfire rifle chambers with .22 WMR or .17 HMR is pricing. These are affordable rounds that allow shooters to spend a full day at the range without dropping hundreds of dollars. In fact, less than $20 should buy a day’s worth or cartridges.

When this article was written, the lowest per-round cost of the 22 WMR ammo was $0.34, while the .17 HMR could be purchased for $0.32 per shot*. These prices were on similar products by the same manufacturer, so it’s a fairly consistent comparison. The point is simple: .17 HMR may be slightly more affordable, but the difference is minimal. Shooters won’t pick one or the other based on price.

17 HMR ammo from Federal (left) sitting on a shooting bench next to Winchester 22 WMR ammo (right).

If you stand 22 WMR vs 17 HMR side-by-side, you’ll notice clear similarities and differences. They are both roughly the same length and have similar case diameters, which is no coincidence, as the .17 HMR was created by slimming down the neck of the .22 WMR.

The main difference is the bullet.

The bullet on .17 HMR ammo is much thinner and lighter. Most are only 17 grains, while most .22 Magnum rounds have 30-grain bullets and can go as large as 50 grains or more. So how do these size and shape differences play out at the range?

Let’s take a look at four pairs of comparable cartridges to find out how their performance matches up.

Velocity makes a big difference in overall performance, and as you can see from the stats above, the .17 HMR is consistently the faster round. In all four comparisons, it had faster muzzle and 100-yard velocities. The only comparison that was close was the Hornady V-MAX rounds, which were only 50 fps apart in muzzle velocity. However, at 100 yards the .22 slowed to almost 1,400 fps, while the .17 maintained just over 1,900 fps.

While there are close stats, it appears that the .17 HMR is going to be the consistent winner for velocity. The .22 WMR is certainly quick for a rimfire cartridge, but the .17 HMR, with a lighter round and (basically) just as much propellant, was designed for speed. It would appear the designers met their goal.

While speed matters, shooters need to be aware of muzzle energy as well, especially if you are hunting with either cartridge. Energy impacts how deep a bullet penetrates, as well as mushrooming and energy delivery. The .22 WMR may be slower, but according to most statistics, it’s also more powerful.

One might expect the heavy 50-grain .22 WMR from Federal to have the top energy, but this was actually held by the .22 WMR 30-grain Winchester Varmint HV, which had a muzzle energy of 337 ft-lbs. However, the polymer-tipped .22 WMR from CCI had the best 100-yard energy with 164 ft-lbs.

There is a lot that can be pulled from the numbers, but basically we see that the .22 WMR hits with more energy, making it more effective against larger varmints and game animals.

Gauging the trajectory of a bullet is more difficult, largely because manufacturers provide differing stats. But there are a few we can consult.

This supports the general reputation of the .17 HMR; it’s known for being a light yet incredibly accurate rimfire cartridge. The only concern is wind drift, as the smaller bullet is known to easily blow significantly off target if there is a strong breeze.

A snub nose revolver chambered to use 22 WMR ammunition.

With so much in common, making a choice can be tough. But if you think about your preferred uses, you can make the right decision. Either round will perform well when hunting small game and varmints, but if you expect to pursue larger predator animals like coyotes, the heavier, more-powerful .22 WMR may be preferred. However, if you expect to need the best accuracy possible, placing shots at 100 to 200 yards on small game, the .17 HMR is a fun, reliable, and effective cartridge.

From the range to the woods, we have the ammunition you need for your shooting lifestyle. Visit our site and browse our large inventory of affordable cartridges from the world’s top manufacturers.