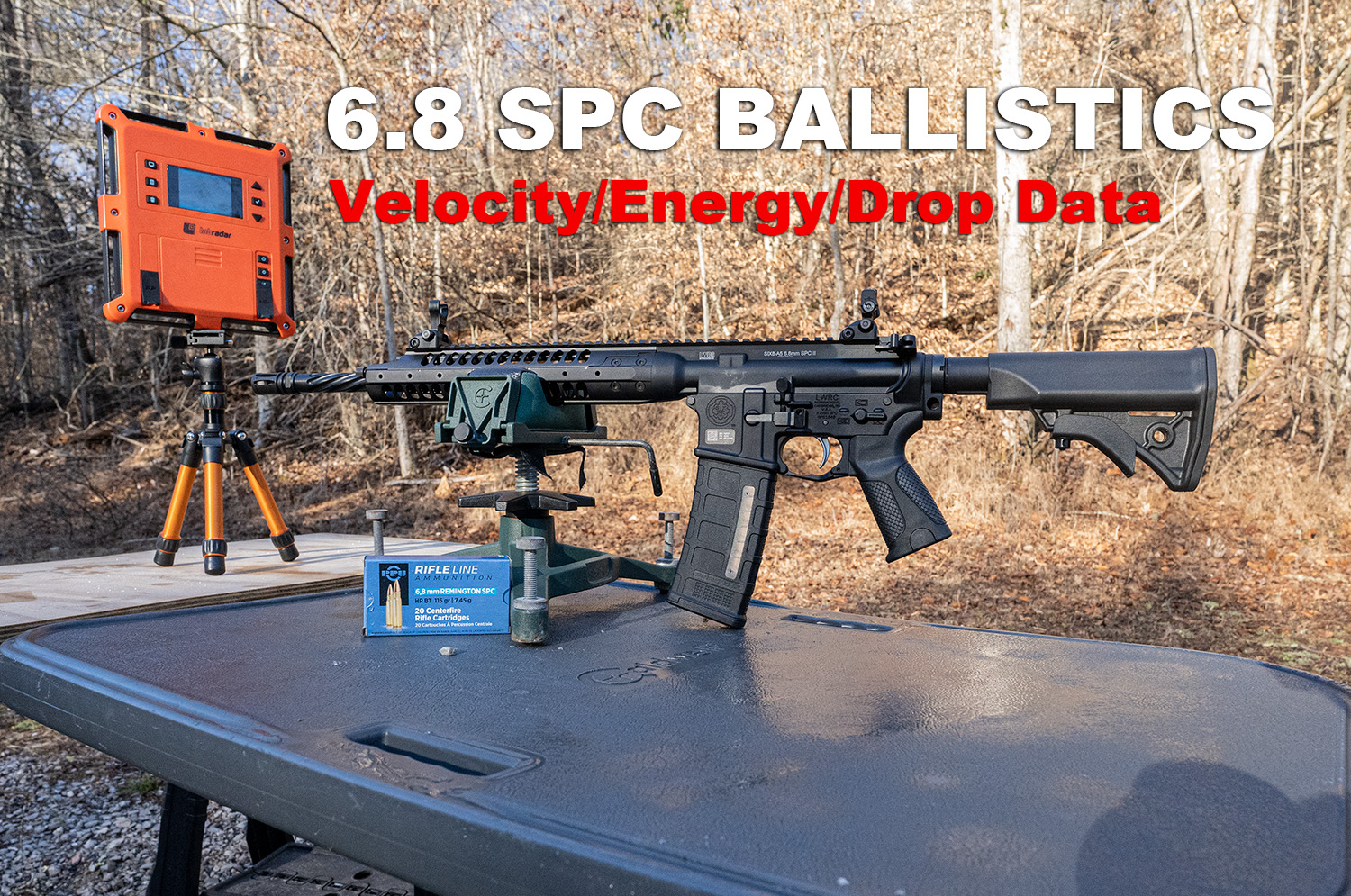 6.8 SPC Ballistic data with a ballistic chart detailing velocity, energy and drop data for the most popular loads in the caliber.

6.8 SPC offers a lot ballistically to hunters and tactical shooters in the United States. When the 5.56 isn’t enough and the .308 is too much you might look to the 6.8 Remington SPC. 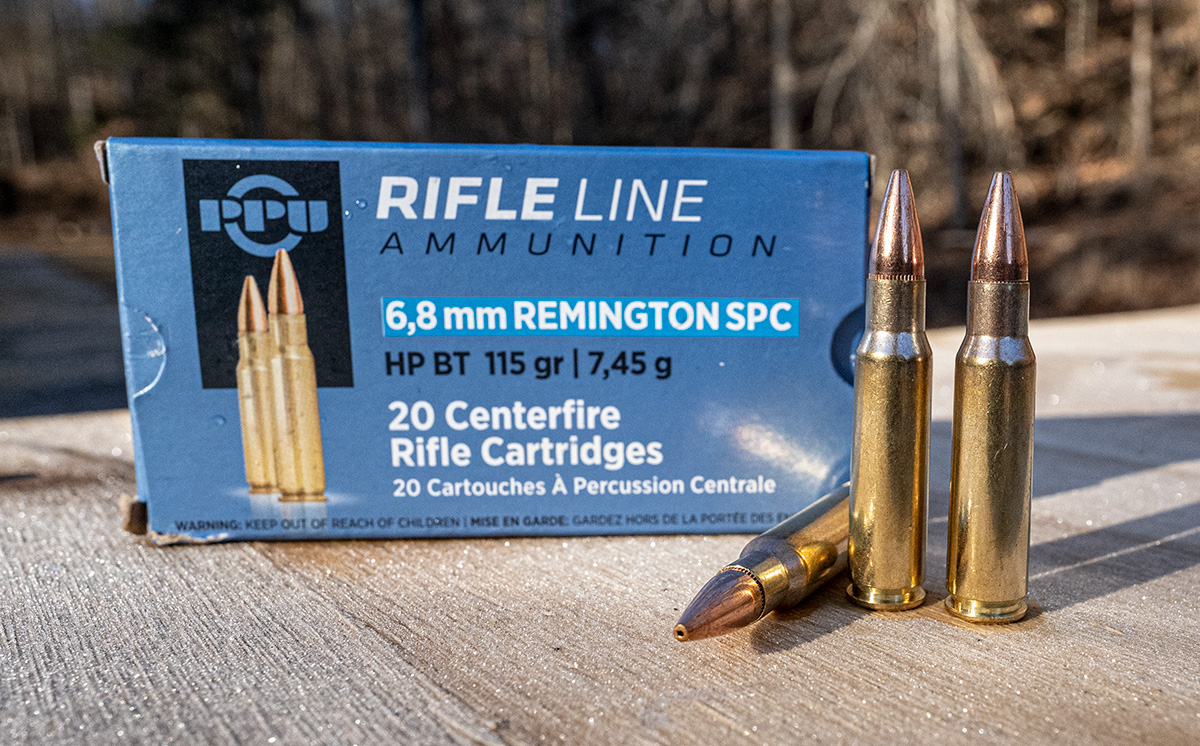 The military and Remington developed 6.8 SPC to enhance the lethality of the 5.56 while mitigating the increased recoil and loss of magazine capacity that a more powerful round typically carries with it. The developers of the round modified a 30 Remington case to be compatible with U.S. Armed Forces M16 rifles, and gave it a 6.5mm bullet with superior accuracy and penetrative ability.

6.8 SPC ammunition is specifically designed to compensate for the dip in performance that coincides when a 5.56 is fired from a shorter barreled M4 carbine. It succeeds at this, as it delivers over 40 percent more energy at 110 to 325 yards than a 5.56 out of the same carbine.

In a side by side comparison to the 5.56×45, the 6.8 SPC’s energy advantage during close-quarters combat becomes apparent:

Data on the 6.8 SPC’s efficacy for combat are limited. At this point, its use has been pretty much limited to Special Operations. Reports of its utility during urban combat have generally been favorable, while those of its suitability for longer distance combat have not.

The civilian market has access to new rifles chambered for 6.8 SPC, as well as the individual parts requisite for conversion. As such the 6.8 SPC has proven itself perfectly capable of hunting medium-sized game. Several rifle manufacturers offer the round with bullets optimized for hunting. It’s more than a self-defense solution!